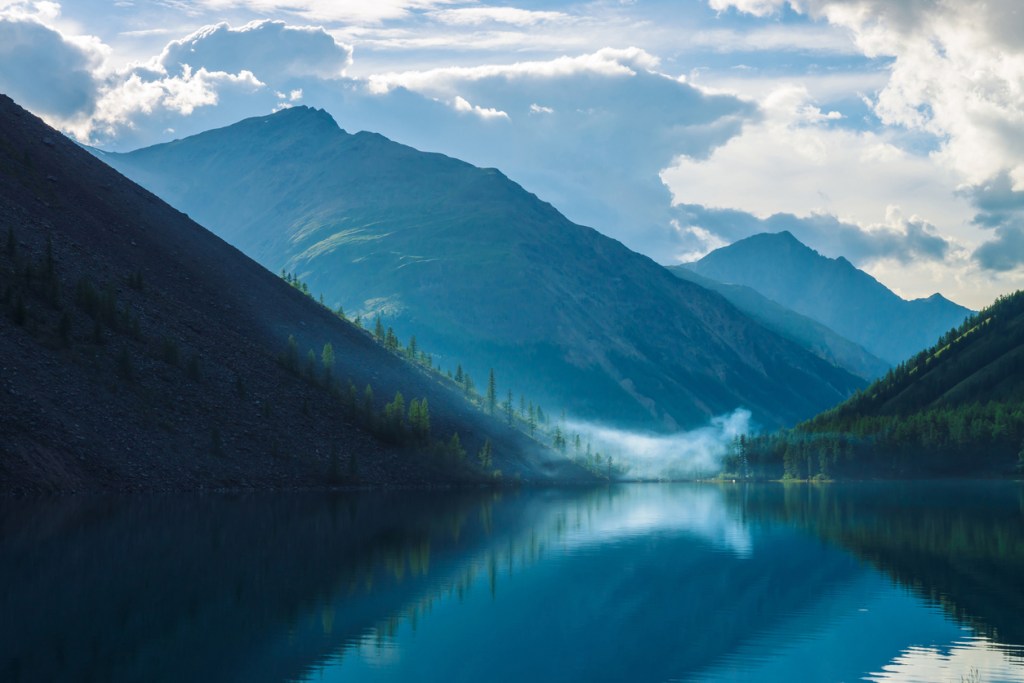 Harry Burleigh made national headlines back in May after he went missing in the Oregon woods for 17 days before being rescued. Search parties and helicopters relentlessly looked for Harry after he went missing during a solo fishing trip. He just gave his first press conference where he shared jarring details of what he did to survive out there. Get ready to be impressed.

It started simply. It was a 1.25-mile trail in and out. Harry planned on going fishing and being home before anyone noticed. So he signed in at the trailhead but because the trail was short and the day was meant to be, he didn’t bring any supplies with him for an extended stay in the woods. He only brought a small fillet knife, a pen, chapstick, and some fishing line.

At the press conference, Harry Burleigh said he was walking down the trail when he came to a split. In hindsight, he believes it would’ve been the perfect place to turn around. But he kept on walking. Once he decided to turn around it was dark out, he didn’t have cell service. It was at this moment when he realized he’d be spending the night in the woods because it was so dark out.

Here’s where things went from bad to worse. In a pretty impressive display of survival instincts that went awry in a hurry, Harry found a lock and cleared out the bark so he could sleep on the log and not on the ground/in the dirt. When he woke up it was snowing.

Harry told WJAC TV and other reports he tried to ‘scale down a rock’ when he tripped and smashed his head. Suddenly he was bleeding and thrust into an emergency situation. This is just day 2 of 17.

The re-telling of his survival experience then jumps from Day 2 to Day 5. On Day 5 he heard a plane. This was reassuring because it gave him hope that people were out there looking for him.

Humans can only survive for about 3 days without water

That’s when he decided he needed to move to higher ground and leave markers along the way so anyone on foot searching for him might find those. But he was also thirsty. Very, very thirsty. It’s at this point that he borrowed at chapter from Bear Grylls’ survival book and started drinking his own urine. Of course, we now know that Bear Grylls never actually needed to drink his own pee and it was all for the camera but Harry did in order to survive and the urine helped…

He wanted to get home. To see his wife and family. Positive thoughts kept him going. Even after he twisted an ankle and stabbed his other foot on a branch, he kept going towards higher ground.

Eventually, Harry spotted a Coast Guard helicopter. I cannot even begin to imagine how much hope that gave him in that moment. But the helicopter didn’t see him and it took off. Harry later wrote the pilots thank you notes for looking for him. After the helicopter took off he collapsed on a rock, consumed with exhaustion.

Upon waking, he doubled back to leave trail markers for anyone that might be looking for him and spotted a felled tree with brown water in it. Gross, nasty, nature brown water. But he was consumed by thirst so he drank the brown tree water he’d later call “a teapot” and then started eating bugs he’d find in dead trees.

Harry ate scorpions, millipedes, and snails. Washing it all down with dirty tree water. The water is the detail that really spooks me because you NEVER know what sort of parasites are out there in nature water. But he needed to survive so he drank the water.

On the morning he was rescued, he was staying active. Harry’s attitude was that “he didn’t want to die not doing something.” The fire was giving him trouble so he went to find some nasty tree water when he heard a call from down below. Euphoria overtook his body. Rescuers were on the way.

The SAR rescuers asked him what he’d eaten out there and joked about ‘escargot’ when he said he’d eaten a snail, crawfish, scorpions, and millipedes. From the woods, he went to the Riverbend hospital where he spent 12 days in the ICU and another 3 in the regular portion of the hospital.

Doctors are still worried about his feet and gall bladder, according to the report in WJAC TV. But he made it out alive and just shared his story with reporters for the first time.

If that video isn’t loading for you (right above) you can watch the full 45-minute press conference here on the WJAC TV website.