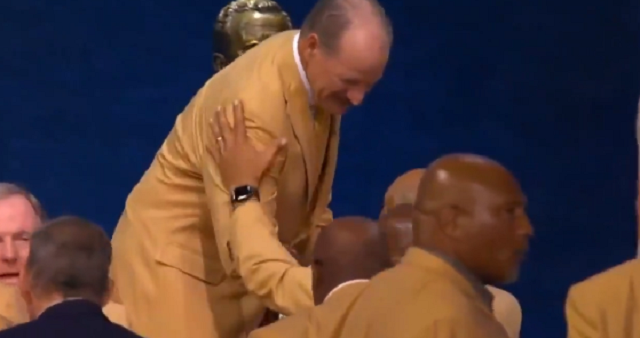 An NFL Hall of Famer is getting his party on tonight in Canton, Ohio.

Someone caught on hot mic saying “let’s go smoke joints in the parking lot” during hall of fame ceremony 😂😂😂 pic.twitter.com/bPCUA6DQBa

Fans couldn’t make out which Hall of Famer said the line but there’s no doubt that he’s getting lit tonight.