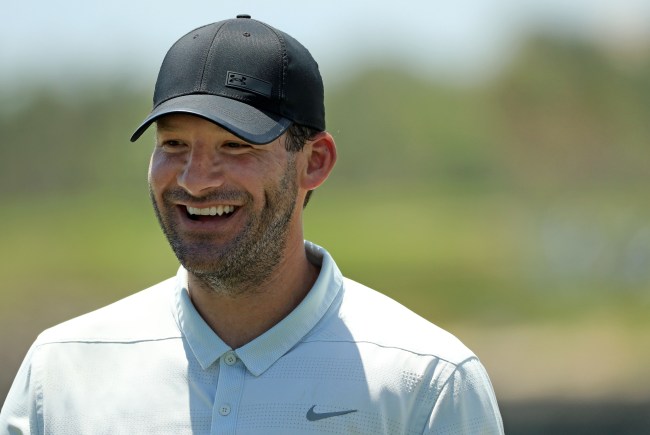 Tony Romo is a free agent after the conclusion of the NFL playoffs and it appears that he’s going to get paid handsomely next season.

Front Office Sports’ Mike McCarthy reports that ESPN is ready to offer Romo up to $14 million annually for him to jump ship from CBS.

SCOOP: ESPN is preparing an offer that would make Tony Romo the highest-paid sportscaster in TV history, with a multi-year deal that would pay him between $10 million to $14 million annually, according to sources.@MMcCarthyREV with the details.https://t.co/M9kBoBsJYg

ESPN is preparing an offer that would make Tony Romo the highest-paid sportscaster in TV history, with a multi-year deal that would pay him between $10 million to $14 million annually, said sources.

BS also has a right to match any offers for Romo, according to sources.

According to McCarthy, ABC/ESPN might be interested in acquiring a Sunday afternoon game package that would feature Romo in the broadcast booth

If signed by ESPN, Romo could succeed Booger McFarland as the analyst on “Monday Night Football,” said sources. Romo could also potentially quarterback ESPN’s NFL game coverage if parent Disney acquires a Sunday afternoon game package from rival Fox Sports, CBS Sports, and NBC Sports during the next round of NFL TV negotiations in 2020-2021.

No deal has been signed yet, and one source said any negotiation for a new contract for Romo might not wrap up until a month or two after Super Bowl 54.

NY Post’s Andrew Marchand was the first to report that ESPN was considering replacing their Monday Night Football booth of Booger McFarland and Joe Tessitore with Romo last week.

With ESPN already starting the process of potentially another major shakeup on “Monday Night Football,” CBS’ Tony Romo is now even better positioned to eclipse John Madden’s game analyst record of $8 million per year in the free-agent market.

And he may blow that number away.

With or without Romo, there will be offseason uncertainty in regards to the Monday night booth of Joe Tessitore and Booger McFarland.

While ESPN’s “Monday Night Football” ratings were up this season, the telecast still lacks the same big-time feel of the other top broadcast booths.

Meanwhile, ESPN/ABC hope to add a Super Bowl in the upcoming round of new NFL TV deals, and having Romo as its lead analyst is viewed as helpful. The money ESPN might offer could get crazy, with six years and $10 million-plus per year seemingly possible.

Romo is really good in the booth and probably worth every penny that he’s going to make next season.