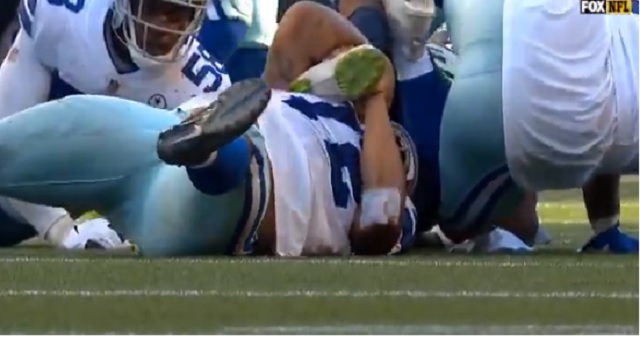 On Sunday, fans accused Hill of intentionally trying to injure Seahawks running back Chris Carson when he twisted Carson’s knee after a tackle.

This dude has some hurt coming his way next week for this gator roll. We see it on film. pic.twitter.com/r0RcQuJlni

Spears saw the video and blasted Hill for breaking “the code”

According to NFL Network’s Ian Rapoport, Hill is reportedly facing a fine and not a suspension for twisting Carson’s leg.

#Seahawks RB Chris Carson is believed to have suffered just a knee sprain Sunday, source said, one that should have him back on the field shortly — pending today’s MRI. Meanwhile, #Cowboys DT Trysten Hill will likely be fined, but not suspended, for rolling with Carson’s leg.