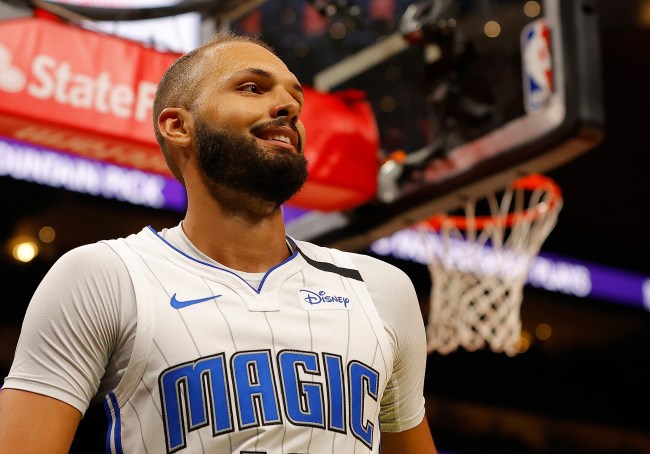 Evan Fournier introduced himself to the Celtics fanbase in the funniest way possible.

On Thursday afternoon, Fournier got traded to Boston by the Orlando Magic for two second-round picks.

After the trade Fournier asked Celtics fans to google his last name to find out what he’s about. Several people immediately warned fans not to google “Fournier” after Evan’s tweet.

Hi @celtics fans,
If you're not familiar with me, please Google my last name.
You're welcome.
🍀

DO NOT DO THIS.

For those who don’t know, whenever you google “Fournier” the nasty genital infection “Fournier’s gangrene” pops up as the first result on the search engine.

Fournier gangrene is an acute necrotic infection of the scrotum; penis; or perineum. It is characterized by scrotum pain and redness with rapid progression to gangrene and sloughing of tissue.

Several fans were unaware of the “Fournier” joke and witnessed firsthand how nasty Fournier’ss gangrene is thanks to the newly acquired Celtic.

asking for a friend pic.twitter.com/1cN8uGUBKo

WHY DID I DO THIS https://t.co/OxaLZhTYfM