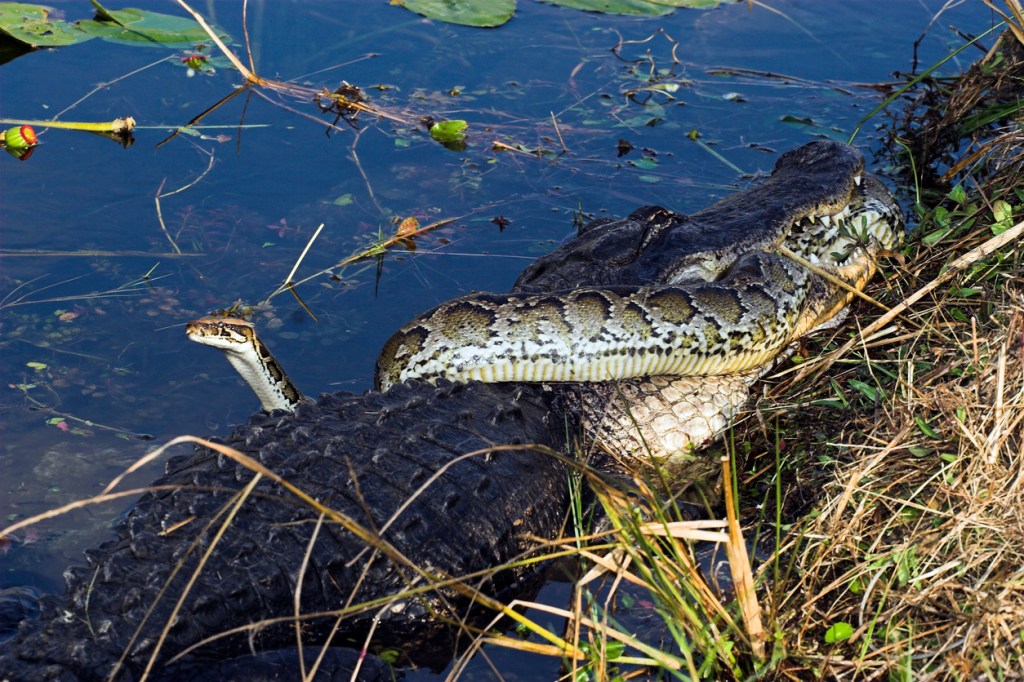 I grew up in the Boy Scouts and we camped all over the state on the weekends but it wasn’t until a few years ago when I met Jimmy from Everglades Fishing Co. that I started spending time in The Everglades National Park. And my answer for where you can find the ‘real Florida’ is the Everglades.

Jimmy runs Everglades Fishing Co. in Everglades City, the best bait and tackle shop in town, he also has a line of fishing apparel, his own beer, and he’s a charter captain. My first time fishing with Jimmy he was telling me about the Python Cowboy and it piqued my interest so I checked out his YouTube and Instagram pages when I got back home.

The Python Cowboy is living a WILD life. He’s the owner/operator of Martin County Trapping & Wildlife Rescue and an invasive species + alligator/nuisance animal trapper. The Python Cowboy is just 1 of 25 state-contracted python hunters in the Florida Everglades and here he finds his biggest python nest yet with over 45 eggs. If it was just a nest that would be easy to remove, but there’s a big ol’ mama snake guarding the eggs!

Around the 5-minute mark in the video he finds a bunch of empty python eggs. Then it’s around the 7:05 mark where he finds the massive (invasive species) python guarding 45+ eggs.

What happens to the python eggs after removal?

Someone in the YouTube comments asked what the Python Cowboy does with the eggs after removing them from the Everglades. Someone responded ‘he burns them’ which is false. He actually responded that he freezes them and then sells the eggs for educational purposes.

I’ve never heard about anyone eating a python egg before down in the Florida Everglades. But honestly, it wouldn’t shock me at all if someone has. If there are people willing to eat road kill then surely there are people who will eat python eggs, right?