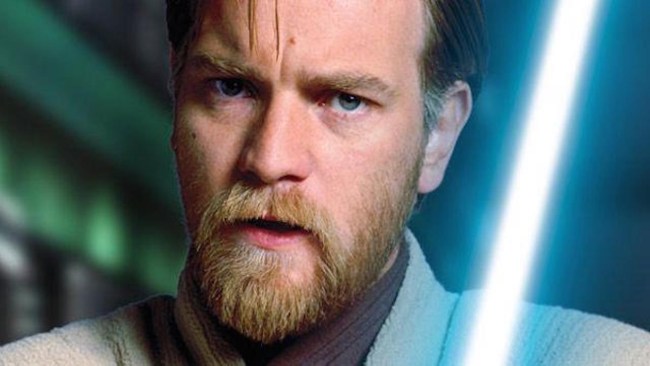 Disney+ has taken another step to becoming the most dominant streaming service on the planet, as Variety is reporting that Golden Globe-winning actor Ewan McGregor is set to reprise his role as Jedi master Obi-Wan Kenobi in an upcoming, untitled Disney+ series.

The report indicates that McGregor would be starring as Obi-Wan Kenobi in his own standalone series. At this time, not much else is known about the project, as Disney is keeping further details about the series under wraps.

McGregor is known for playing the iconic Star Wars character in the three prequel films: The Phantom Menace, Attack of the Clones, and Revenge of the Sith.

In addition to the forthcoming Obi-Wan Kenobi series, Disney+ is also moving forward with The Mandalorian — which is being helmed by Iron Man director Jon Favreau and will star Pedro Pascal (Narcos, Game of Thrones) — and a spinoff series that will feature Diego Luna and Alan Tudyk reprising their roles from Rogue One: A Star Wars Story: Cassian Andor and K-2S0, respectively.

The role of Obi-Wan Kenobi was originally made famous by acclaimed English actor Alec Guinness in the original 1977 George Lucas film Star Wars: A New Hope and reprised the role in the film’s sequels, Star Wars: The Empire Strikes Back and Star Wars: Return of the Jedi.

Since starring as Obi-Wan Kenobi in the Star Wars prequel series, McGregor has gone on to put together one of the more solid filmographies in Hollywood. Last year, he starred as Christopher Robin in the Disney film Christopher Robin, and is set to star as Danny Torrance in Doctor Sleep, the upcoming sequel to The Shining.

Additionally, McGregor will be portraying Black Mask, the main protagonist in the Margot Robbie-starring Harley Quinn film Birds of Prey, which is set to be released in theaters in the United States on Friday, February 7, 2020.