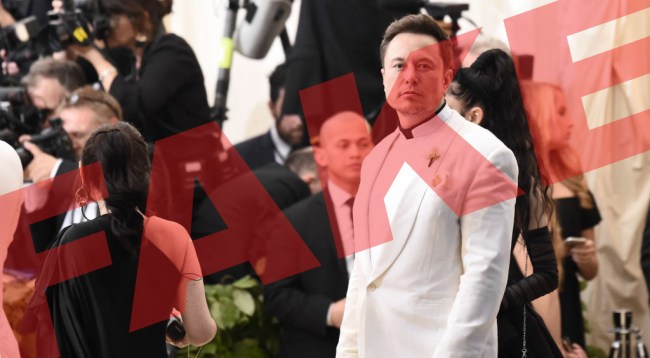 If you’re an investor in bitcoin you need to be aware of a scam making the rounds that uses Tesla CEO Elon Musk’s name and has already netted the scammers $180,000 worth of the cryptocurrency in just a single day.

The scam is being perpetrated by the scammers hacking verified Twitter accounts, replacing the photo and name with that of Elon Musk, and asking people to invest their bitcoinin using a fraudulent offer.

The tweets from the fake Elon Musk have read, “I’m giving 10 000 Bitcoin (BTC) to all community! I left the post of director of Tesla, thank you all for your support! I decided to make the biggest crypto-giveaway in the world, for all my readers who use Bitcoin.”

As horrible as the thieves being able to just take over Twitter account with the blue “verified” checkmark is, it pales in comparison to the fact that these scammers have also been able to promote these tweets through Twitter advertising.

The scammers have even hacked official government Twitter accounts including the Ministry of Transportation of Colombia and the National Disaster Management Authority of India, and used them to help promote and legitimize the scam.

Appears someone hacked a publisher's account, changed name to "Elon Musk" and paid for a promoted tweet to scam people into sending bitcoin. This "blue checkmark" vulnerability that lets people just change their names and keep the mark has been well known and yet still not fixed pic.twitter.com/5bH1yWHyib

According to Bleeping Computer, “The sites that these fake profiles are promoting include musk[.]plus, musk[.]fund, and spacex[.]plus, which state that all a user has to do is send .1 or 3 BTC to the listen address in order to get 1-30 times in bitcoins back.”

Hey, @Twitter, @jack, you have now promoted 3 fake Elon Musk account bitcoin scams into my feed. How does this keep happening? pic.twitter.com/xT4HAfWQdH

They also report that the attackers have used this scam to conduct at least 392 transactions, resulting in them receiving 28 bitcoins worth approximately $180,000.

“We don’t comment on individual accounts for privacy and security reasons. Impersonating another individual to deceive users is a clear violation of the Twitter Rules. Twitter has also substantially improved how we tackle cryptocurrency scams on the platform. In recent weeks, user impressions have fallen by a multiple of 10 in recent weeks as we continue to invest in more proactive tools to detect spammy and malicious activity. This is a significant improvement on previous action rates.”