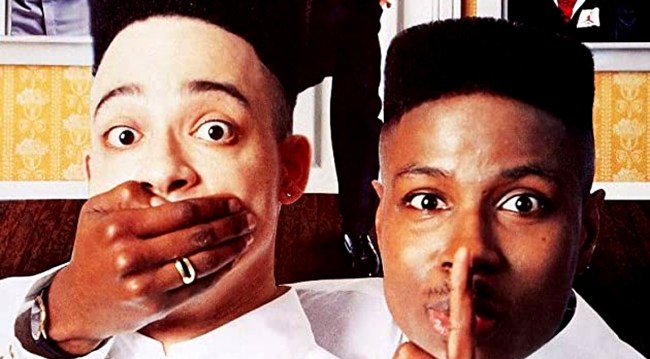 If you loved Space Jam: A New Legacy starring LeBron James then you will probably be very excited to learn that the NBA legend has now set his sights on remaking the classic 1990 comedy House Party. You will also, it would seem, be in the minority. On both counts.

Space Jam:A New Legacy, despite reportedly making a lot of money, was absolutely skewered by movie critics and fans. It was called everything from an “abomination” to “a bizarre piece of commercial propaganda.”

So many movie fans who have seen the original House Party movie starring the hip hop duo Kid ‘N Play, Christopher “Kid” Reid and Christopher “Play” Martin, are not exactly enamored with the idea of LeBron James getting his hands on a reboot of the comedy film.

These same movie fans were reminded of LeBron’s involvement this week when Rotimi, who is also set to appear in the House Party reboot, spoke with TMZ about the film’s plans.

According to Rotimi, not only is House Party getting remade, the Power star has already shot his scenes for the flick.

“We have a similar story line a bit, but it’s just new age,” he continued. “It’s a fresh spin on it for sure.

“We’re not playing the same Kid and Play but it’s like a new age version of them but not them, if that makes sense. It’s not their sons or anything like that.”

When asked about the inevitable comparisons between the upcoming House Party remake and the much maligned Space Jam sequel, both involving LeBron James, Rotini told TMZ, “I think the production has been great. It’s filled with a lot of hungry, young, new, rising star actors so everybody is trying to prove themselves, and we challenged each other on this, man.

“We knew that, like, creating a a generational movie like that and touching that legacy, we have to bring our A game so we didn’t take it lightly and it’s just super funny, you know? We were able to ad-lib a lot, you know? Our director Chuck was really amazing with that and we just had fun, man. And we just made it like today’s humor and it’s and it’s gonna be very, very special.”

That all sounds great, but once people were reminded that this House Party remake was actually happening, many of them were more than a little bit skeptical.

After the disaster of “Space Jam” Lebron James need to stay in his lane producing isn’t it. Now he wants to produce a reboot of “House Party”! It’s not his cup of coffee. It’s going to TANK!!!!! Like “Space Jam 2”!

Hold up...who told LeBron to remake House Party?!?! We didn't need a new Space Jam and we don't need this either https://t.co/bczIacOeJE

@KingJames Quit jacking movies and messing them up. You do not need to remake House Party. Get your own ideas. 👎🏾

Wait, LeBron is about to trick up House Party too!? pic.twitter.com/BHh3LPLZSj

It will probably end up making over $100 million.