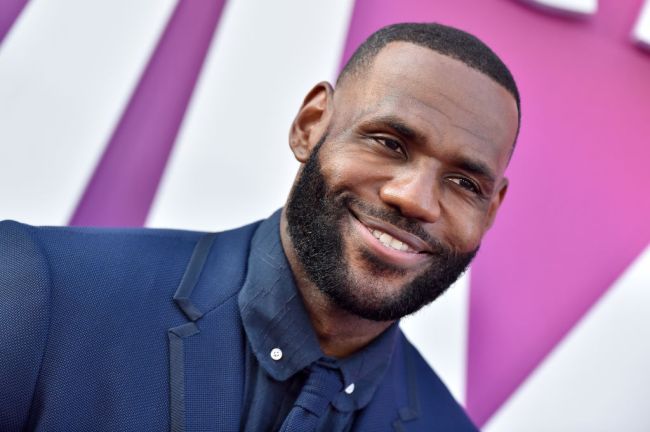 LeBron James seems pretty happy with the box office response to Space Jam 2 despite critics ripping the movie to shreds.

Not since THE EMOJI MOVIE have I felt the special brand of stabbing existential despair now provoked once again by SPACE JAM 2. My review of a brazen display of corporate onanism: https://t.co/LCOURCgeAB

Space Jam: A New Legacy feels like an ongoing corporate commercial/promotion for Warner Brothers. Rather than reach for the authenticity of the original, like most sequels, this movie is built on forgettable themes and overblown plot-lines. pic.twitter.com/c4x4onIzZi

According to Deadline, LeBron’s version of Space Jam is making a ton of money in the box office while it’s also available for streaming on HBO Max.

Saturday AM Update: Warner Bros.’ long awaited sequel to the 25-year old family classic Space Jam —Space Jam: A New Legacy—had a four point shot at the box office yesterday, with $13.1M at 3,965 theaters, for what will be a $32M opening weekend.

The results squash the second Friday and anticipated weekend of Disney/Marvel’s Black Widow,

Space Jam: A New Legacy‘s opening reps the biggest for Warner Bros. during the pandemic, besting Godzilla vs. Kong‘s 3-day of $28.2M and the best opening for a family movie. The pic is also available day-and-date in homes on HBO Max

LeBron immediately took to Twitter to show the box office numbers to the Space Jam 2 “haters.”