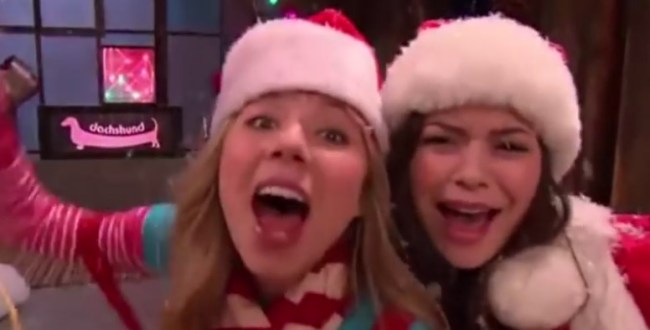 As anyone with access to a TV set that had cable as a kid will tell you, Nickelodeon was the best. From cartoons like SpongeBob Squarepants, The Fairly OddParents and Danny Phantom to sitcoms like Drake and Josh, iCarly and Big Time Rush, there was no shortage of quality entertainment to be had when you tuned in to Nick.

Unfortunately, we all grow up. The plus side is that we still have all the fond memories of those many hours spent vegging in front of the boob tube. Memories that may be altered a little bit once you hear some of the many fan theories that have developed over the years regarding some childhood classics.

Screen Rant addresses some of these theories and takes us back to revisit some of our favorite Nickelodeon shows from a whole different perspective in the video below.

— Timmy Turner is just an ordinary boy with Fairy Godparents, but did he grow up to become Danny Phantom?!

— SpongeBob’s seasons and tones vastly change through the years and one of these moments is marked with the arrival of the SpongeBob Squarepants movie where a theory reveals he actually died and was reborn into a more immature character.

— Pete and Pete followed the adventures of two brothers, but did one of the brothers actually not exist at all?

— There are multiple connections between Drake and Josh with iCarly, Victorious, and Sam & Cat, but one of the biggest connections may be from the character known as Crazy Steve.

— Drake and Josh may have actually been a reality show the whole time as other characters watch the show and meet various characters from it.

— Steve from Blue’s Clues was a very happy character, but many theories point to him having some pretty serious drug issues.

— Timmy Turner’s whole life with fairy godparents may also connect to the character going through some major depression issues.

— The characters on Jimmy Neutron may feel like they are part of The Truman Show with the way they act and are treated in their city.

You are not ready for this…