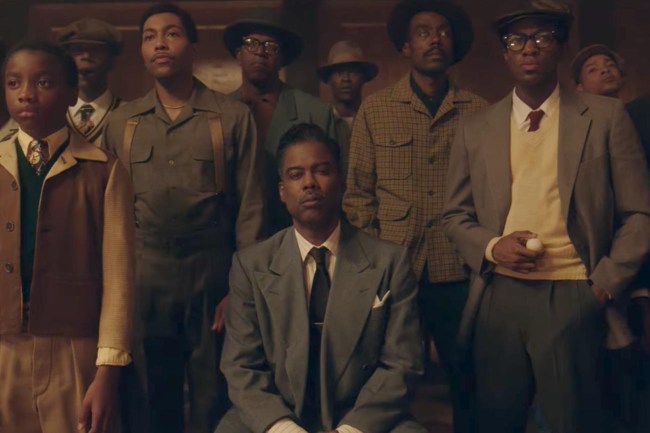 Fargo, man! From the parking lot. The other day I found a New York Jets t-shirt I bought in college buried behind a drawer in my dresser and it was like being launched face-first into a time machine. I haven’t seen this thing in years — forgot it even existed — then boom I’m instantaneously transported back to my ratchet Rutgers University frat house back in 2014. Zeta Psi on College Ave for all those RU grads out there. RU YOU RAH RAH!

Same thing with Fargo. We haven’t gotten a new season of this Emmy Award-winning series since 2017, which — considering how much has changed since then — feels like a lifetime ago. Now, here we are in the dystopian future of 1984 2020 and the series is set to return with Chris Rock as its star? The simulation is well and truly broken but this is one glitch in the system I can happily get on board with.

Unfortunately for fans of the series like myself, the current release date of Fargo season four is, well… there is none. Originally slated to be released on April 19, the series was forced to shut down due to our current global situation. While they were able to film eight of the ten episodes, FX still decided to delay the premiere and put it on hold until production resumes.

In addition to Rock, season four of Fargo will also star Jason Schwartzman, Timothy Olyphant, Jessie Buckley, Jack Huston, and Ben Whishaw. You can check out the full official trailer for the upcoming fourth season below. If you’ve got any interest in catching up, the first three seasons of the series are on Hulu.