Fate Of Beloved ‘Game Of Thrones’ Character May Have Been Confirmed 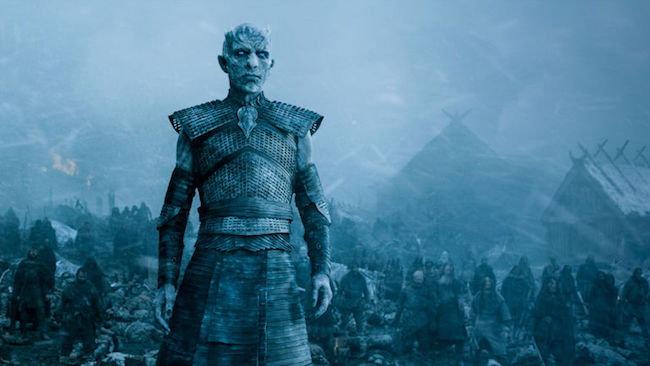 Spoilers ahead. The fate of many Game of Thrones characters are in question as the hit TV show marches towards their final season. However, there are two specific characters whose fate hangs in the balance following the Season 7 finale. The last episode of Game of Thrones concluded with the Night King obliterating The Wall thanks to his new toy, a resurrected ice dragon. The episode ended with the cliffhanger of whether Tormund Giantsbane and Beric Dondarrion were able to survive the magical wall falling.

The last we saw, the 700-foot-tall wall made of solid ice that stood for over 8,000 years was toppled by the reincarnated Viserion who blasted The Wall with icy fire. The status of Tormund and Beric was unknown by the end of the episode – did they escape with their lives on the part of The Wall that didn’t collapse or did they plummet to their deaths? A recent update from the production of Game of Thrones may suggest that at least one of the two heroes survived.

Season 8 of Game of Thrones began production in Belfast, Ireland this week and several actors were spotted on set. Vanity Fair reported that some of the GoT actors seen on set were Sophie Turner, Maisie Williams, Kit Harington, Emilia Clarke (who was out in Ireland’s capital with Samwell Tarley and signing autographs on Starbucks napkins), John Bradley, Pilou Asbæk, Iain Glen, Isaac Hempstead Wright, Jacob Anderson, and Nikolaj Coster-Waldau.

although cast members have been instructed to refuse to take selfies with fans, emilia clarke autographed a napkin for a fan in belfast pic.twitter.com/g8luTndOh6

Also seen in Belfast was Kristofer Hivju, who of course plays Tormund. Sadly, Richard Dormer, who plays Beric, was not seen in Ireland’s capital. So there’s promising news for the romance that everyone wants to happen; no not Jon Snow and Daenerys Targaryen, I’m talking about Tormund and Brienne of Tarth. With Tormund possibly being alive, it means that there’s still a chance that Tormund and Brienne could make “great big monsters” that would “conquer the world.”

Plot twist. But what if Kristofer Hivju is in Belfast filming Game of Thrones because Tormund is now a wight. Zombie Tormund in the White Walker army attacking Jon Snow’s hometown of Winterfell would be enticing.