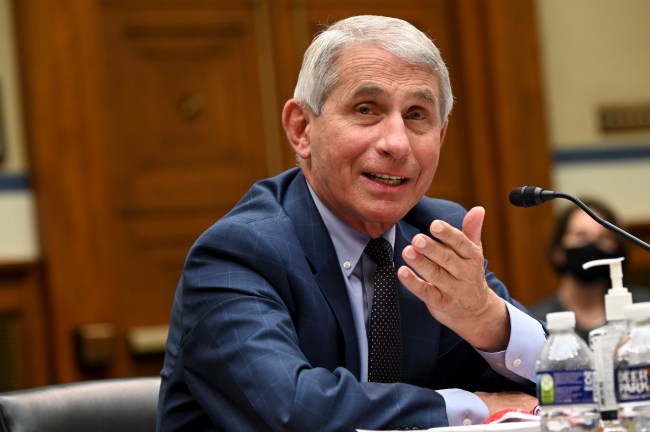 A million bucks! Not too shabby… for a NERD! Haha got him, go cry into your graduated cylinder Fauchypants.

Dr. Fauci feared COVID could get him, particularly during the Trump administration "when I was going to the White House every day, when the White House was sort of a super-spreader location." https://t.co/ZprblrWdg2

Boy, what a year for Dr. Anthony Fauci. Guy started out hot. He was the guy. Came out and dropped 18 in the first quarter on 6/7 shooting. Next thing you know, we’re hearing weird rumblings of discontent and the fraying of the relationship between Fauc and Trump. Nobody is sure what to believe. Is he still hot? Has he cooled off? Why does one C create the “Ch” sound when the word/name is Italian?

Love him or hate him, the guy was the face of the fight against COVID in America. That’s a tough badge to wear. You simply don’t want your face associated with a disease. Even if we were making huge strides in the fight against Salmonella, I don’t think I’d want that to be the first thing people think of when they catch a glimpse of me. “Isn’t that the salmonella guy? Always telling us to cook our chicken until it’s bone-dry? Fuck that guy.”

Still, it had to have taken its toll on him mentally. A million dollars will soften that blow, though. Good for you, Tony. Buy yourself a nice place on some island with very little human traffic. You deserve it.