Dr. Fauci Backs The NBA’s Restart Plan And Believes It Could Be ‘Quite Successful’ 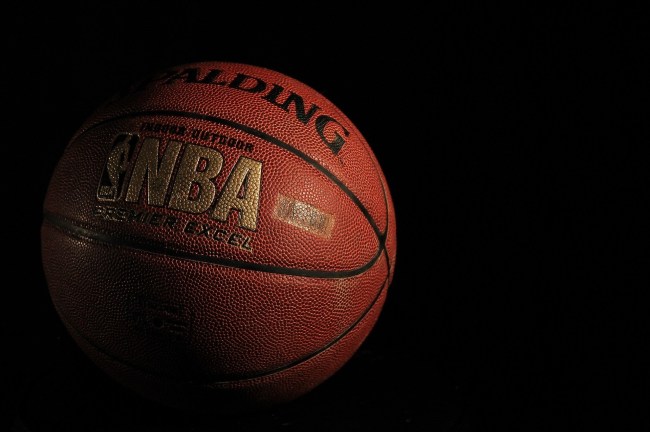 The nation’s top infectious disease expert, Dr. Anthony Fauci, is putting his support behind the NBA‘s plan to restart the season by creating a ‘bubble’ in Orlando.

The NBA’s plan is to create a bubble by housing everyone (players, staff, executives) at one hotel and limit outside exposure. Everyone would undergo repeated testing and players would be able to do some things like golf and eat outside at restaurants. This would last for a period of around three and a half months.

It’s being reported that some players are uncomfortable with the plan to restart the league but with regards to how this plan relates to player’s health and keeping them safe from the virus, it seems pretty sound. Dr. Fauci spoke with @Stadium over the weekend and endorsed the NBA’s bubble plan, saying he believes they could be ‘quite successful with it’.

Dr. Anthony Fauci told @Stadium he is supportive of the NBA’s restart plan: “It’s quite creative.. I think they might very well be quite successful with it… They really wanted to make sure that the safety of the players was paramount.” pic.twitter.com/qwo5bCDrVt

“I actually have looked at that plan and it is really quite creative. What they are really trying to do, and I think they might very well be quite successful with it, is to create a situation where it is as safe as it possibly could be for the players by creating this bubble. Essentially testing everybody, [making] sure you start with a baseline of everybody being negative and trying to make sure there is no influx into that cohort of individuals and do a tournament-type play.

It’s not the classic basketball season, but certainly for the people who are thirsting for basketball, who love basketball the way I do, it’s something I think is a sound plan. I was very pleased to see that the intent was not reckless at all. They really wanted to make sure that the safety of the players and the people associated with the players was paramount.” (via FTW)

Does his endorsement mean that every NBA player should get on board with this plan? Absolutely not. Opting into this is still a personal decision that every NBA player needs to make for themselves. But having the nation’s top infectious disease expert back the safety of the NBA’s plan should certainly ease some worry with regards to health.

As for how the ‘Bubble’ will actually work, CBS Sports has a comprehensive article on the schedule of games, which teams are involved, who will be tested and how frequently those tests will take place. You can click here to read that in full.