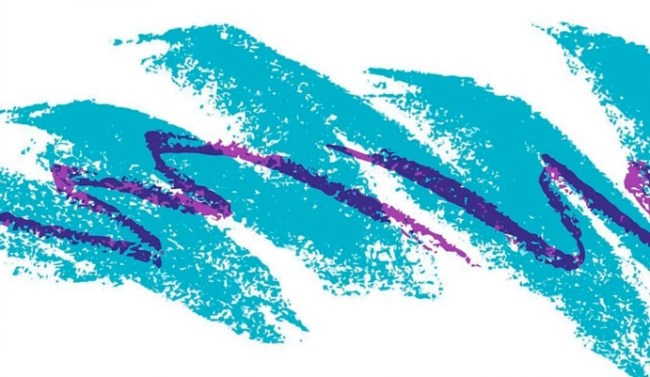 One of the most popular Instagram accounts has been accused of stealing jokes and memes and now its founder has come out to apologize. The comedy account F*ckJerry finally addressed allegations of stealing jokes on Saturday following a campaign by professional and amateur comedians who say that the man behind the massively successful Instagram page stole their jokes.

For about a week now, there has been the #FuckFuckJerry campaign organized by comedians who say that the account FuckJerry stole their content and used it to provide the Instagram account with humorous jokes and photos. The Instagram account was founded and run by Elliot Tebele, who has used other people’s jokes to amass over 14.1 million followers. The account utilizes that gigantic social media following to parlay it into paid advertisements and products.

The account that started in 2011 was able to charge companies at least $30,000 for just ONE sponsored post. FuckJerry turned his Instagram account into an entire brand, eventually starting up his own marketing and production company called Jerry Media, which has as many as 30 different spin-offs such as Beige Cardigan, Jerry News, and the world-record Instagram egg account.

Ironically, FuckJerry used jokes from comedians to promote Comedy Central shows that did not include the comedians from the comedy shows. Jerry Media profits off of other people’s jokes through their massive social media following but also by having their own game called What Do You Meme and a tequila brand called JAJA.

FuckJerry has gotten into the news recently because of the resurgence of the Fyre Festival thanks to two documentaries on Netflix and Hulu respectively. FucckJerry helped promote Fyre Festival much like the Instagram models did. Jerry Media was even hired to coordinate the Fyre Festival’s social media campaign and strategy.

FuckJerry argues that his account is merely a joke aggregator and meme curator. However, the comedians who have had their jokes and memes taken and used to help FuckJerry build a marketing empire resoundingly disagree. Comedians such as John Mulaney, Patton Oswalt, and Colin Hanks argue that FuckJerry steals content without permission or credit and does so with the sole purpose of making money. Comedians and content creators started the #FuckFuckJerry campaign to bring awareness of the content theft and to encourage people to stop following any accounts associated with Jerry Media.

it’s not the most pressing issue of the day, but yeah, unfollow this garbage account. they have stolen jokes from me and many other comedians and profit off it. #unfollowfuckjerry

Been thinking about some things lately that I want to tell you guys. A couple of things. @fuckjerry isn't just some guy. It started that way but now it's actually a marketing agency that can command thousands of dollars for a single IG post. A company that has profited from stealing jokes and content from comedians and not giving proper credit. Do a quick Google search. They are hustlers. Con men. Not only that, they also helped bring you the Fyre Festival. That's right. They ran the social media for that. They helped create content for that. They helped sell that. They profited from that. Not only did they profit from that debacle, they helped produce a documentary about it (the Netflix one) and profited off of that as well. So, to put it simply, unfollow @fuckjerry. Unfollow anything to do with @fuckjerry. Fuck those guys.

On IG getting tagged by a big account only really gets you followers in the first few hours. FuckJerry knows this and will post a stolen joke, then purposely credit another acct he's trying to grow first. When called out he'll change it way after the fact. #FuckFuckJerry

Yeah, this company is a creative parasite. They should go into banking or some other bullshit. They deserve no follows and many unfollows. #FuckFuckJerry https://t.co/JRJ3feSXlK

as a person that fuckjerry fucked by posting my tweet and making money off it I fully support #fuckfuckjerry please unfollow them if you enjoy original content created by the people that created it pic.twitter.com/3Rjb01zgDB

Thieving scumbags. #FuckFuckJerry, pay the people you stole from then delete yourself. https://t.co/Wd7vOUjELp

Want to join @megh_wright on the #FuckFuckJerry outcry. I somehow still have like 100 mutual followers with this thieving account that monetizes other people's jokes without credit — including fuckin' mine! So please, unfollow. And fuck @FATJEW as well, but that's another day. https://t.co/nHLwJsWaMh

curators like elliott tebele began taking advantage of these trends by stealing content to build massive brands for themselves around this time. they’re largely to blame for the new trend of people not caring about the origins or quality of memes, but more so the accessibility

This is the same kind of backlash that Instagram star Josh Ostrovsky AKA “The Fat Jew” received in 2015 when he was accused of joke theft and plagiarism.

Elliot Tebele finally addressed the accusations on Saturday and apologized for his actions. In a post in Medium, Tebele attempted to explain why he used other people’s jokes on his Instagram account.

“I know I’ve made enemies over the years for using content and not giving proper credit and attribution to its creators,” Tebele wrote. “In the early days of FuckJerry, there were not well-established norms for reposting and crediting other users’ content, especially in meme culture. Instagram was still a new medium at the time, and I simply didn’t give any thought to the idea that reposting content could be damaging in any way.”

“In the past few years, I have made a concerted, proactive effort to properly credit creators for their work,” Tebele continued. “We have also updated our policies to make sure we are responsive to creators whenever they have reached out to us about posts. It hasn’t been a perfect system, but I do feel it was a significant improvement, as many of my peers have approached these issues in the same way.”

“Effective immediately, we will no longer post content when we cannot identify the creator, and will require the original creator’s advanced consent before publishing their content to our followers,” the FuckJerry creator said. “It is clear that attribution is no longer sufficient, so permission will become the new policy.”

“We want to apologize to anyone who feels we have wronged them in the past. We want to do the right thing by creators by seeking permission and giving them the credit they deserve,” Tebele wrote.

I hope there's going to be competing #FuckFuckJerry documentaries on Hulu and Netflix real soon.