Feral Hogs Sniff Out Buried Cocaine And Destroy $22,000 Worth Of Drugs 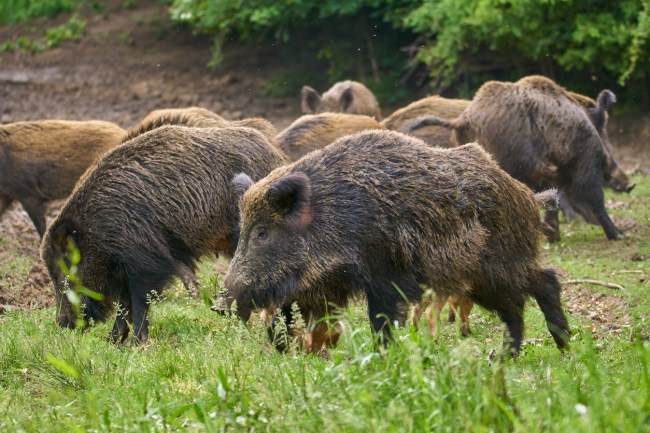 A pack of wild hogs dug up someone’s package of cocaine and destroyed the entire bundle of drugs. Talk about being high on the hog.

We take you to Italy, where feral hogs sniffed up a package of cocaine in a forest in eastern Tuscany. The wild pigs then dug up the drugs and promptly destroyed all of coke faster than Karen Friedman did in Goodfellas.

The coke-sniffing pigs were busted by the police who were investigating a group of suspected drug dealers near the town of Montepulciano according to Newsweek.

The cops were listening to wiretaps when they heard the drug traffickers squeal to each other about how a pack of feral hogs got high off of their supply near the Valdichiana valley. The authorities estimate that the hidden cocaine was worth more than $22,000, but aren’t sure exactly since some of the pigs ate the drugs.

The authorities were investigating the drug traffickers so intensely because they may have been involved in the murder of a 21-year-old Albanian woman last year. The police believe that the crime syndicate moves nearly four pounds of coke per month at $90 to $120 a gram.

Thanks to the coke-loving pigs, four suspects were arrested on drug charges. Maybe this drug dealer should quit the narcotics business and enter an even more criminal scheme, getting these nosy hogs to sniff for truffles that can go for as much as $10,000 per pound.

Italy is reportedly having a hog emergency as the animals have become unmanageable. The wild boar population in Italy is approximately two million, doubling since 2015. Farmers have complained that the feral hogs have decimated their crop fields. With a huge snout on these boars, could you imagine how many lines these animals could snort in one shot?

Could you imagine being a drug dealer and at the end of the week your boss asks for his cut and you have to say, “Sorry, all of the coke was destroyed by pigs. Like animal pigs.” This is the “dog ate my homework” equivalent for drug dealers.

Somebody please get Willie McNabb an M1919 Browning and an M4 Carbine Commando with M203 Grenade Launcher because an AR-15 is not going to cut it against packs of feral hogs hopped up on cocaine.