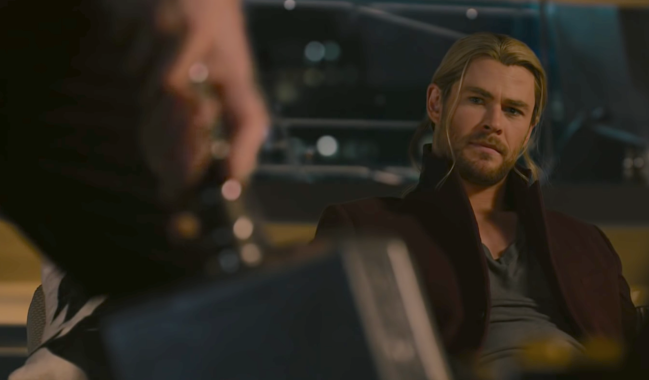 There is simply no doubt that one of the most thrilling moments in the history of the Marvel Cinematic Universe — and the history of comic book movies at large, really — was when Captain America finally lifted Thor’s hammer Mjolnir in the final battle against Thanos in Avengers: Endgame.

Finally paying off a tease from Avengers: Age of Ultron — which saw a legitimately worried God of Thunder watching Steve Rogers get Mjolnir to budge — Cap wielding the mighty Mjolnir has since become one of the truly iconic moments in recent movie history. And yes, because Avengers: Endgame is the second-highest-grossing movie of all time, it certainly deserves that distinction.

Over the holiday weekend, the question of who’s worthy to lift Mjollnir resurfaced, as a Twitter thread asking the question went viral, prompting hilarious responses ranging from Mr. Rogers (not Steve, but Fred) to Samwise the Brave to Superman.

Who is a non Marvel character that you know is worthy of lifting Thor’s hammer?
I’ll start by saying Optimus Prime.

The real ones already know… pic.twitter.com/NoSvN8GdiA

If only one DC character could lift the hammer it would be Superman. pic.twitter.com/HroOuW8g50

The only person in Westeros. pic.twitter.com/HtRs0y3bCx

Why has no one said Robin Williams? pic.twitter.com/g6VUSZxxxh

A few suggestions I’d add are Ellen Ripley from the Alien franchise, Neo from The Matrix, Yoda from Star Wars, and Harry Potter from Harry Potter.