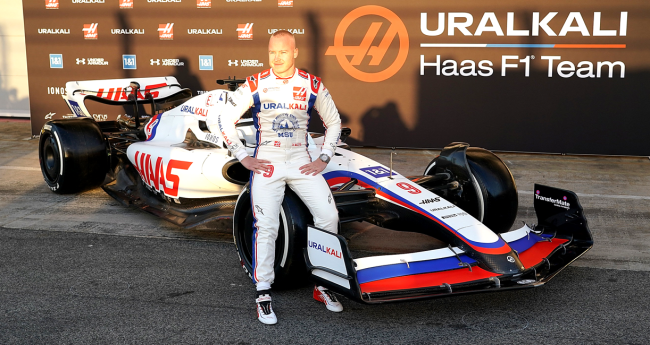 Properties valued at $114.32 million belonging to former Formula One driver Nikita Mazepin, 23, and his oligarch father Dmitry, both from Russia, were recently seized by Italian police.

Nikita Mazepin, who had been driving for the Haas Formula One team, bankrolled by his father’s company Uralkali, was fired in March as a result of Russia’s invasion of Ukraine. The Russian Grand Prix was also canceled by Formula One due to the invasion.

FIA, F1’s governing body, would have allowed Mazepin to continue racing if they were to compete as neutral athletes (no national symbols or flags) and sign a document agreeing not to support the invasion of Ukraine.

Mazepin’s father Dmitry is a close associate of Russian President Vladimir Putin through another one of his companies, Uralchem, according to the BBC.

Dmitry Mazepin was also reportedly one of 36 leading Russian businessmen invited to a meeting with Putin at the Kremlin hours after the invasion began.

On Monday, Italian financial police released a statement outlining the seizure of properties owned by Nikita Mazepin and his father Dmitry valued at €105 million ($114.32 million).

“A real estate asset worth approximately 105 million euro has been frozen because the property is attributable to the Russian billionaire Dmitry Arkadievich Mazepin and his son Nikita Dmitrievich Mazepin, until March 5 a Formula 1 driver of the Haas F1 Team,” the statement read, according to CNN. “The property is a residential compound in Portisco, Sardinia.

“The two Mazepins are among the Russians targeted by sanctions by the European Union,” it continued.

Dmitry Mazepin and his son Nikita, who was one of the drivers featured in the latest season of the Netflix series Formula 1: Drive to Survive, finished last in the drivers’ championship during the 2021 season.