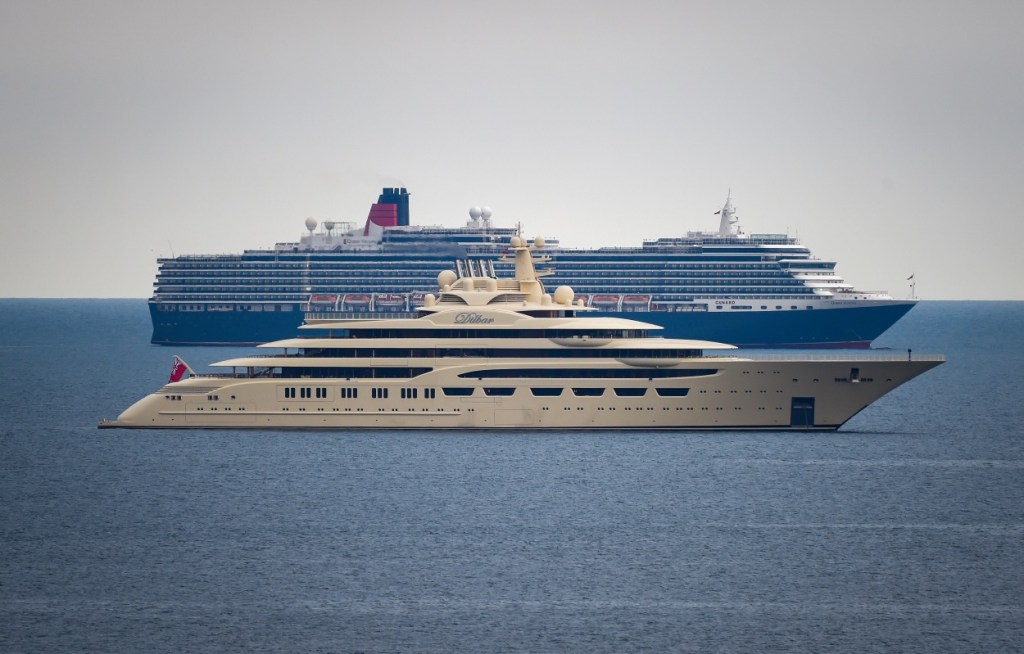 Sanctions against Russian oligarchs are still being enforced across the planet as Russia continues its unprovoked war on Ukraine. This has led to some high-profile asset seizures from Russian oligarchs by European countries. Notably, Chelsea F.C. owner Roman Abramovich being forced to sell his Premier League team. And there have been some mega yachts seized but nothing compares to this latest seizure in Germany.

The mega yacht is named Dilbar and it is the third-largest yacht on the planet by volume and the sixth-longest yacht in the world. It has not one but TWO helicopter pads because you never know when you’ll need a backup helipad or when you’ll be hosting meetings with multiple helicopter owners.

Dilbar is a relatively new yacht compared to the other largest mega yachts on the planet. It was launched relatively recently on 14 November 2015 in Germany (at the Lürssen shipyard). Dilbar is reported to have cost $800 million to build. I cannot even really wrap my mind around that number for a boat.

It was reported this week that Germany seized the mega yacht Dilbar from its listed owner Gulbakhor Ismailova who is the sister of Russian oligarch Alisher Usmanov, former majority owner of Arsenal FC. The boat itself is being impounded in Hamburg while it flies under the flag of the Cayman Islands and is registered to Malta, a common practice amongst the ultra-wealthy.

Normally, the super wealthy like to keep their prized possessions pretty private. But Dilbar is the 3rd largest mega yacht in the world and there are a LOT of videos and pictures floating around with details of this insanely luxurious boat.

Here’s a Look Inside Dilbar, 3rd largest Mega Yacht on the Planet

How big is Dilbar?

It reportedly has the largest indoor pool swimming on a yacht (180 cubic meters). There are 2 helicopter landing pads. Dilbar has 20 cabin rooms to accommodate 36 guests, 7 decks for walking around and thinking about money, a sun deck, a dining room the size of a ballroom, a piano room, a private movie theater, and a whole lot more. 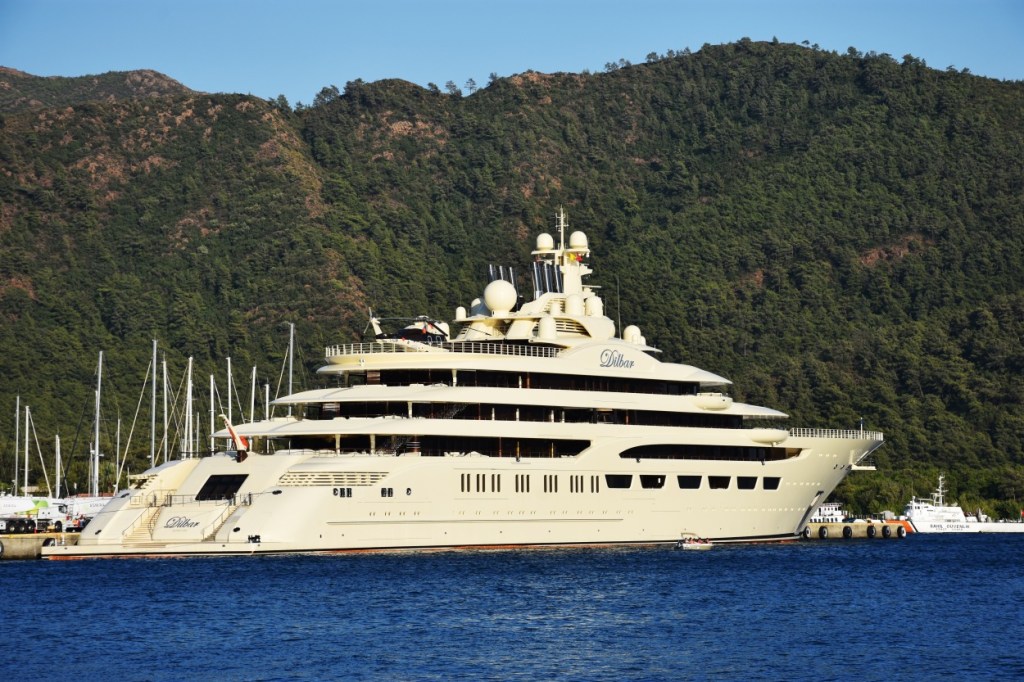 One of the wild aspects about a mega yacht of this size is there are really only so many places it can go. The vast majority of luxury marinas that are built to host yachts still don’t ever account for a mega yacht to show up. Traveling on something like this means you are generally parked offshore and either take a helicopter to land or you ride in your expensive ‘tender’ boats that cost more than most people’s regular boats.

The sheer amount of wealth that goes into operating a boat like this breaks my brain. Someone once told me (during a yacht vacation) it costs about a million dollars per year to maintain yachts over 100-feet. I have to assume it gets exponentially expensive with a vessel like the Dilbar with 90ish staff members. Let’s assume a salary of $60K for the crew and the owner is spending $5.4 million on salaries just for the crew members (probably a lot less, but still several million).

Tack on another couple million in gas. Maybe Alisher Usmanov gets a discount on gas as a Russian oligarch, I can’t say. I get that the owners of these yachts are billionaires but it costs an ungodly amount of money just to run these vessels. And it is now in the hands of Germany!