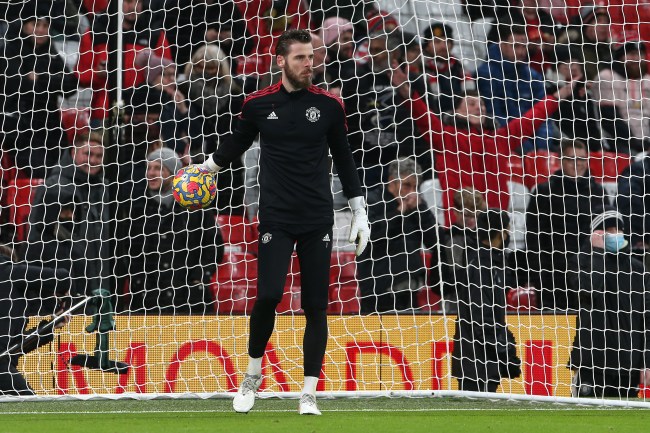 Manchester United was probably hoping their first game in front of their new manager would go smoothly. Unfortunately for the Red Devils, that wasn’t the case early on as they surrendered a comical opening goal to Arsenal.

In the 13th minute, Fred stepped on keeper David de Gea while trying to defend a corner. United managed to clear the corner out of the penalty area, but there was just one issue they hadn’t planned for. De Gea went down and stayed on the ground after Fred stepped on his ankle.

That left the net wide open for Arsenal as they won the ball back, giving Emile Smith Rowe the chance to fire a volley that gave Arsenal a 1-0 lead. Manchester United’s players protested and the internet complained about “fair play”.

This only happens in FIFA… oh wait 😳

The ref went to the replay, but VAR rightly ruled that the goal should stand. To make it even clearer that “fair play” shouldn’t have been a factor here, de Gea quickly got back his feet, leading to questions of why he even went down in the first place.

This blunder could wind up being very costly in an important match for Manchester United. United came into the day 6 points out of 4th place in the Premier League and 5 points behind 5th place Arsenal, making the opportunity to grab 3 points in this matchup at home a chance they can’t afford to pass up.

Cristano Ronaldo has already bailed this team out quite a bit this season and he’ll be needed again to make up for today’s blunder.