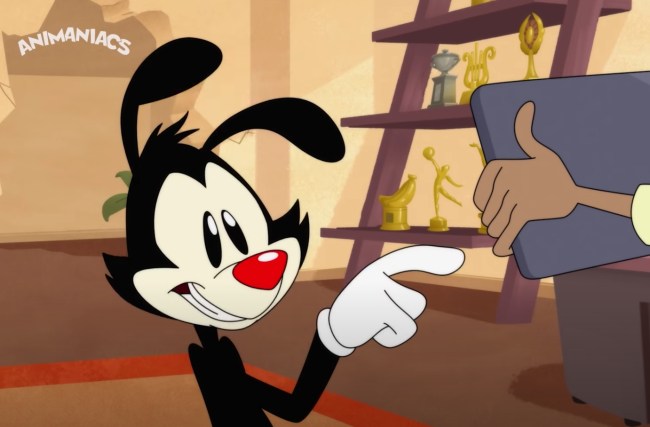 I really didn’t expect 2020 to serve us up some good news but Animaniacs is coming back and that’s reason enough for me to celebrate. The show ran on FOX and later The WB for 99 episodes from 1993 to 1998 and centered around three 1930s-era animated characters in the modern world (Yakko, Wakko, and Dot) as well as Pinky and the Brain and a few others.

Honestly, I haven’t watched the show since the 90s and I’m not even sure if it’s available for streaming anywhere online these days as a refresher before I jump in and watch the new series. I’m 100% certain that it is available for streaming somewhere because it would be bananas if it wasn’t but I’m also too lazy to look that up. Meanwhile, the first full trailer dropped for the new series.

Animaniacs is coming back (on Hulu) with the original cast voicing their characters. IMDB has this season listed with 13 episodes, all of which have November 20th as their premiere date. The one and only Steven Spielberg is the man behind this reboot (Executive Producer) which at least signals there’s some considerable weight and expectations behind this reboot beyond just the nostalgia factor:

You have to appreciate the self-awareness here of trashing all over Hollywood’s obsession with reboots and acknowledging that straight out of the gate. Does anyone love reboots more than Spielberg? Jurassic Park, Gremlins, Indiana Jones, this project, the list goes on and on.

Hulu has this listed as the synopsis for the reboot:

They’re back! The Warner brothers, Yakko and Wakko, and the Warner sister Dot, have a great time wreaking havoc and mayhem in the lives of everyone they meet. After returning to their beloved home, the Warner Bros. water tower, the siblings waste no time in causing chaos and comic confusion as they run loose through the studio, turning the world into their personal playground. Joining Yakko, Wakko and Dot, fan-favorite characters Pinky and the Brain also return to continue their quest for world domination.

This trailer actually came out last week and for whatever reason, I forgot to write about it until now. Apologies for that. You’ll forgive me. Why wouldn’t you?