‘Meth-Addicted Fish’ Could Be The World’s Newest Environmental Issue 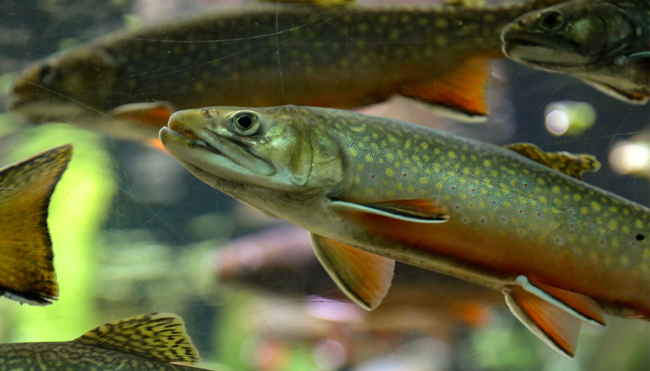 We’ve all been there: you’re rudely woken up in the early hours of the morning by someone pounding on your door while yelling “Police! Open up! We have a warrant for your arrest!” before scrambling to figure out how to dispose of the sizeable quantities of illicit substances that brought them to your residence.

In relatable situations like this, it can be tempting to avoid getting sent to prison on felony possession charges by resorting to the strategies employed by people who found themselves facing a similar conundrum in movies like Goodfellas and Enter The Void: flushing the drugs down the toilet.

When presented with such a decision, the environmental impact of your actions is probably the last thing on your mind. However, getting rid of drugs by sending them down the drain can have a fairly significant effect on local ecosystems.

In 2019, scientists in England detected cocaine and ketamine in the system of shrimp they plucked from rivers—the same year police in Alabama had to kindly ask people to dispose of their drugs in a responsible manner due to the threat of “meth gators.”

Plenty of other aquatic animals have also fallen victim to having their water tainted—including 40 trout who developed a methamphetamine addiction during a study conducted at the Czech University of Life Sciences.

According to CNN, researchers had the trout spend eight weeks swimming around in water spiked with the same amount of meth that has been detected in some freshwater rivers. After getting them sufficiently hooked, the fish were transported to a tank of clean water before (somehow) being given the option to return to a meth-spiked tank after the transfer.

The biologists who conducted the study said that the fish seized that opportunity for four days after the initial two months and observed the trout were less active than those in the control group during the withdrawal period. They also studied the brains of the fish and found the drug remained in their system for 10 days after being cut off, and believe it could impact a population that prioritizes staying high to eating and mating.

As a result, if you happen to find yourself approached by a trout selling copper piping out of a shopping cart the next time you’re near a river, you should know they probably didn’t attain it legally.