Alabama Police Warning Citizens About The Dangers Of ‘Meth Gators’ 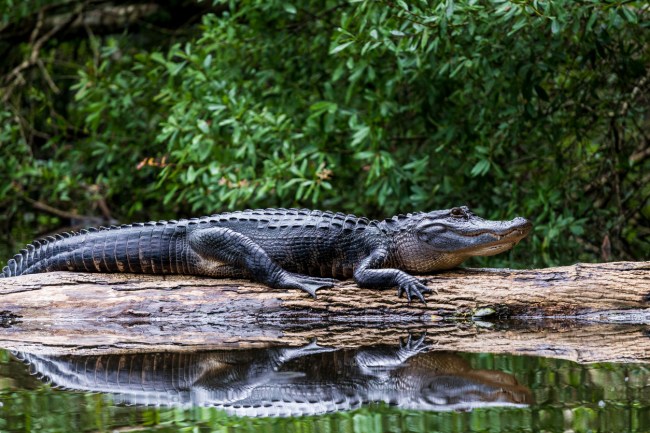 What’s scarier than an alligator? A meth gator of course. Alabama police are warning citizens about the increased risk of meth gators. Is this guerrilla marketing for the new movie Crawl?

The Loretto Police Department recently made a drug bust and arrested a man who attempted to flush drugs down the toilet. The Loretto Police Department posted a message on July 13 documenting the arrest. The culprit, Andy Perry, was apparently attempting to flush methamphetamine along with several items of paraphernalia down the toilet but was caught by officers right as he tried to get rid of the evidence.

Perry reportedly had “12 grams of methamphetamine, 24 fluid ounces of liquid meth, and several items of paraphernalia.” Perry was arrested for Possession of Schedule II (Meth) for Resale, Possession of Drug Paraphernalia, and Tampering with Evidence.

But the police were very concerned with what could have happened if Perry was able to flush the meth down the toilet.

“Folks…please don’t flush your drugs m’kay. When you send something down the sewer pipe it ends up in our retention ponds for processing before it is sent downstream,” the Facebook post said. “Now our sewer guys take great pride in releasing water that is cleaner than what is in the creek, but they are not really prepared for meth.”

“Ducks, Geese, and other fowl frequent our treatment ponds and we shudder to think what one all hyped up on meth would do,” the post read about how the drugs could harm nature. “Furthermore, if it made it far enough we could create meth-gators in Shoal Creek and the Tennessee River down in North Alabama. They’ve had enough methed up animals the past few weeks without our help. So, if you need to dispose of your drugs just give us a call and we will make sure they are disposed of in the proper way.”

The alligators won’t bite you but will offer sexual favors in exchange for an eight ball. And if there are meth gators in Alabama, this can only mean that there are cokediles in South Florida.

Gator is good eats, but will you get high off meth alligators?

The Alabama Meth Gators sounds like the Triple-A farm team for the Arizona Diamondbacks that have poorly planned promotions like “Race An Alligator Around The Bases Night.”

On the “glass is half-full” side of the argument, meth gators will eat much less, be lethargic after they crash and won’t have any teeth to bite you. A win-win in my book.

But on the “glass is half-empty” side of the argument, there’s a good chance that the meth will only make alligators more ornery because it messes with the beast’s medulla oblongata.

What is going on in Alabama? It was only a month ago that the Limestone County Sheriff’s Department found an “attack squirrel” at a drug dealer’s home. The suspected drug dealer fed the rodent methamphetamine to keep it aggressive.

“Prior to the search warrant, investigators were informed that Mickey Paulk kept an ‘attack squirrel’ inside his apartment, and that Paulk fed the squirrel meth to keep it aggressive,” sheriff’s spokesman Stephen Young in a news release.

Alabama is the new Florida.