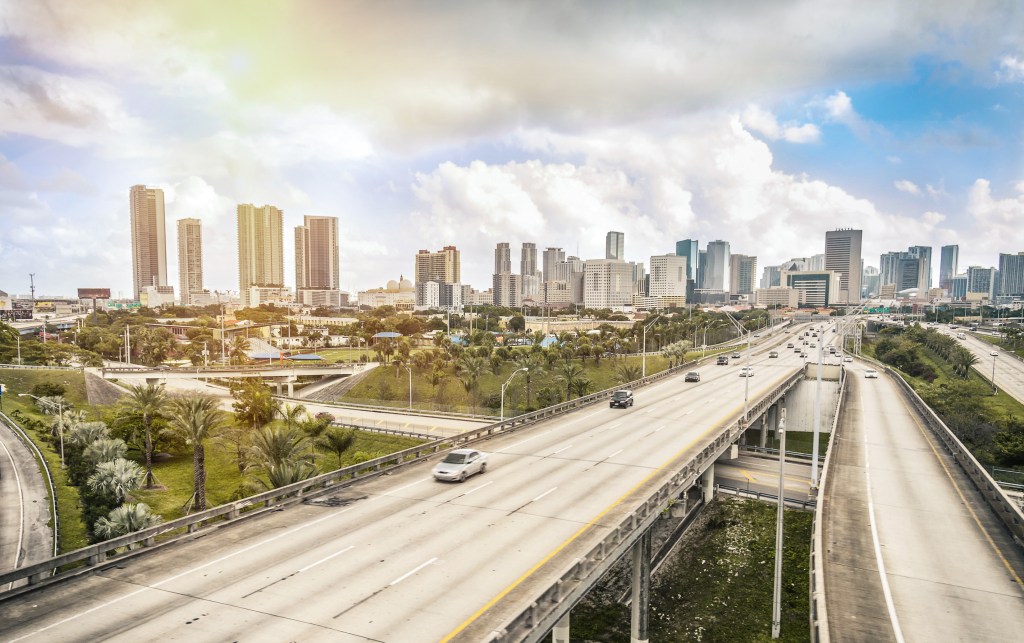 After spending a month in Florida visiting family, a couple were on their way home to Washington D.C. and driving north on I-95 when everything went sideways in an instant.

A couch fell off a truck driving in front of the couple’s 2006 Toyota Corolla and they were forced to swerve on the highway to miss a head-on collision. When they swerved they hit the median, the car flipped and got totaled, and the couple ‘were hanging upside down’ in the car until passersby stopped to help them get out of the destroyed vehicle.

The driver told the Sun-Sentinel that people were ‘hugging us and freaking out’ because nobody could believe they were standing there and not critically injured after such a horrible accident. Then they were taken to the hospital to be checked out for injuries and that’s when a Florida Trooper handed them a $166 traffic citation for ‘failing to drive in a single lane’ which is pure insanity.

“He gave us a ticket for basically swerving lanes while trying to avoid a couch that was flying at us on the highway,” said Jake Singer, the passenger in the car that his girlfriend was driving. “We got so pissed.” “He seemed nervous to give us this news,” Singer said, “which I can understand.”

A spokesperson for the Florida Highway Patrol acknowledged it was a tough break for the victims, but that troopers have discretion when issuing traffic citations.

“You have to look at the totality of the circumstances,” said Lt. Yanko Reyes. “Remember, in Florida it is recommended to have at least a two-vehicle length between your vehicle and the vehicles in front of you because that way you have enough time to react in case something like this happens, in case somebody brakes, in case debris falls on the roadway, you’re able to avoid any and all difficulties.” (via Sun-Sentinel)

“He gave us a ticket for basically swerving lanes while trying to avoid a couch that was flying at us on the highway. We got so pissed." https://t.co/l9b9ZpBUif pic.twitter.com/QOAbOSLPg5

I remember when I was about to turn 16-years-old and get my driver’s license a relative of mine who is a local cop pulled me aside with the advice that if I were to ever get pulled over for speeding to roll down my windows, turn on the inside car lights, be as polite as possible, and if it was the police there’s a chance I’d get a warning but if it was the troopers there’s no shot in hell I was getting a warning so to just keep living my life.

The driver presented the FHP trooper with a perfectly reasonable argument, one that should’ve led to a warning. He basically reasoned that the troopers lay out the rules of the road and if we break the rules we get a ticket, but the starting point of this is the FHP has to give us a safe road to drive on and in this case they didn’t so the contract was broken by the FHP, not the driver.

They still got the ticket.

The system is broken.