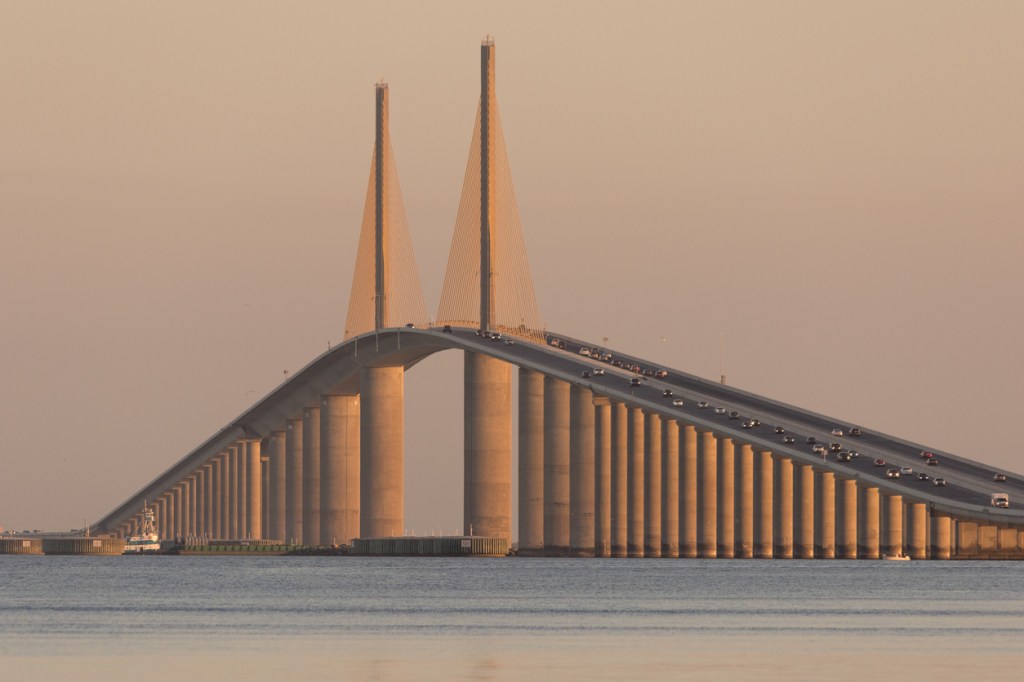 Florida Highway Patrol Trooper Toni Schuck is a hero. Trooper Schuck placed herself in extreme danger to stop a drunk driver on the Sunshine Skyway Bridge after the out-of-control driver plowed through a roadblock. Dashboard camera footage captured the moment of impact as FHP trooper Schuck stopped the drunk driver with her vehicle and was consequently hospitalized with injuries.

The roadblock was set up to stop drivers from entering the Sunshine Skyway Bridge as it was blocked off for the Armed Forces Skyway 10K Race over Tampa Bay on Sunday. This is a bridge that I drive over multiple times a week. I don’t even need to see photos of the roadblock to know it was robust because there’s also a tollbooth right there that should’ve stopped the driver.

According to a local news report from WFLA, the driver from Sarasota, Florida plowed through ‘several cones and around multiple barricades’ before two FWC officers and three Florida Highway Patrol troopers were ordered to intervene.

This footage is hard to watch, and you should know the officer survived the crash but was hospitalized with injuries and is now recovering.

Yesterday, a drunk driver was heading toward the Skyway 10K route and FHP Trooper Toni Schuck selflessly placed her vehicle directly in the path of the drunk driver – preventing a tragedy. Thank you for your service, Trooper Schuck. We wish you a speedy recovery. pic.twitter.com/JDYd80sn3C

Florida Highway Patrol Trooper Toni Schuck placed her vehicle directly in the path of a drunk driver heading toward a road closure in place for the Armed Forces Skyway 10K Race near Tampa https://t.co/ithE1eOkX5 pic.twitter.com/WhZsP6UGvj

A statement from a Florida Highway Patrol spokesperson gave an update on Trooper Toni Schuck’s condition after the crash:

“While the crash was severe, I know the injured Trooper who is currently receiving medical care as I author this email, is absolutely relieved to have been available to ensure the safety of hundreds of innocent persons.”

“While the crash was severe, I know the injured Trooper who is currently receiving medical care as I author this email, is absolutely relieved to have been available to ensure the safety of hundreds of innocent persons,” the FHP said in a statement.

Look at the front of this vehicle:

The Florida Highway Patrol said a trooper ended up hospitalized while trying to keep a DUI driver away from those attending the Skyway 10K. https://t.co/us9CpX4G89 pic.twitter.com/pT46wv4GaY

The drunk driver was hit with multiple charges after the accident including DUI serious injury, two counts of reckless drive damage person or property, and two counts of DUI damage to property or person of another.