Florida Woman Hopes To Marry Tetris Game After Breaking Up With Her Calculator. Seriously. 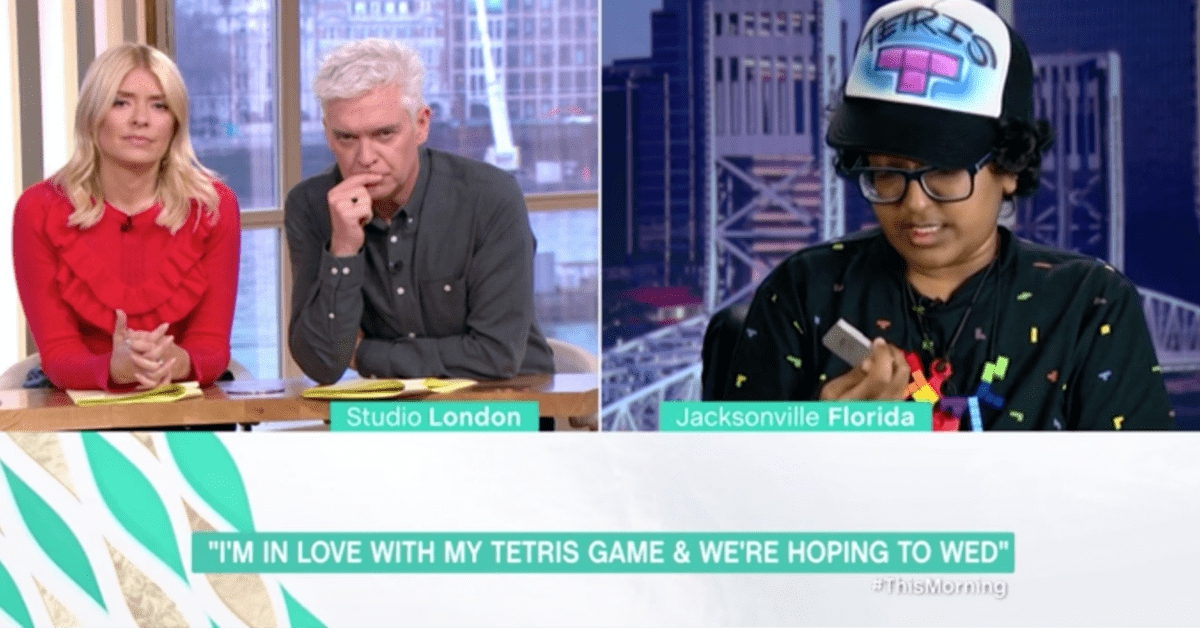 When the math major was around 10 years old, she decided she was attracted to things like monorails and iPods. A couple years later, she began dating a calculator by the name of Pierre de Fermat. Pierre de Fermat broke and Noorul was single again. Until 2016 when her heart fell for Tetris, the game.

Got This Morning on in the background while working from home.

They've just started interviewing a girl who's fallen in love with her Tetris game and wants to marry it.

Schofield – "Without getting too personal, this is an intimate relationship?"

"My dates with him are usually taking him to the library and playing him for hours on end. Sometimes I'll just play him on the Game Boy."

While she credits loving Pierre’s beauty and function, she is particularly attracted to Tetris. So, she’ plays dozens of hours of Tetris a day and wears Tetris clothing, hats, jewelry, etc.

When asked about the physical relationship, Noorul answered, “I think Tetris is so beautiful, he is about perfection and he stimulates your mind. Physically I get that feeling that people in relationships get – that you know they are the right one.”

Noorul acknowledges she cant legally marry Tetris but would like to have a ceremony for her friends and family upon graduating.

They say beauty is in the eye of the beholder but what happens if Noorul finds Tetris getting high-scored with another player? She mentioned she doesn’t care other people play Tetris but it was hard to read about this and watch the interview without this seeming like it was on The Onion.

In other news, I think I’m in love with cheeseburgers and bourbon.