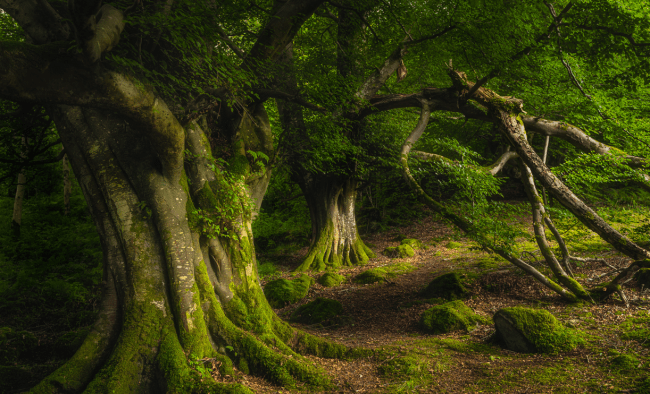 In what sounds like the plot to a movie, scientists recently discovered a whole forest inside a giant sinkhole in China.

The 630 foot deep sinkhole contains a plethora of ancient trees and plants, and if researchers are correct, species that have never been discovered before.

What's that? Oh, just a forest inside a sinkhole in China. pic.twitter.com/PvWpC38QGP

The sinkhole in Leye County, in the Guangxi Zhuang Autonomous Region, was discovered by cave explorers on May 6. Inside the 1,004 feet long and 492 feet wide sinkhole they found three cave entrances.

“I wouldn’t be surprised to know that there are species found in these caves that have never been reported or described by science until now,” said Chen Lixin, who led the cave expedition team.

Lixin also said that some trees in the well-preserved primitive forest at the bottom of the sinkhole are nearly 130 feet tall.

Newly discovered gigantic sinkhole may be the home to undiscovered species

“Because of local differences in geology, climate and other factors, the way karst appears at the surface can be dramatically different,” George Veni, the executive director of the National Cave and Karst Research Institute, told Live Science. “So in China you have this incredibly visually spectacular karst with enormous sinkholes and giant cave entrances and so forth. In other parts of the world you walk out on the karst and you really don’t notice anything. Sinkholes might be quite subdued, only a meter or two in diameter. Cave entrances might be very small, so you have to squeeze your way into them.”

The discovery is no surprise, Veni told Live Science, because southern China is home to karst topography, a landscape prone to dramatic sinkholes and otherworldly caves. Karst landscapes are formed primarily by the dissolution of bedrock, Veni said. Rainwater, which is slightly acidic, picks up carbon dioxide as it runs through the soil, becoming more acidic. It then trickles, rushes and flows through cracks in the bedrock, slowly widening them into tunnels and voids. Over time, if a cave chamber gets large enough, the ceiling can gradually collapse, opening up huge sinkholes.

A cave exploration team discovered a giant sinkhole in southern China, bringing the number of such sinkholes in the county to 30. pic.twitter.com/a4IVFogIG9

This discovery is the 30th sinkhole to have been discovered in the region. China is also the home to the largest sinkhole in the world. Located in Xiaozhai Tiankeng, the sinkhole there is 2,100 feet deep, 2,000 feet long and 1,760 feet wide and includes a waterfall within its depths.