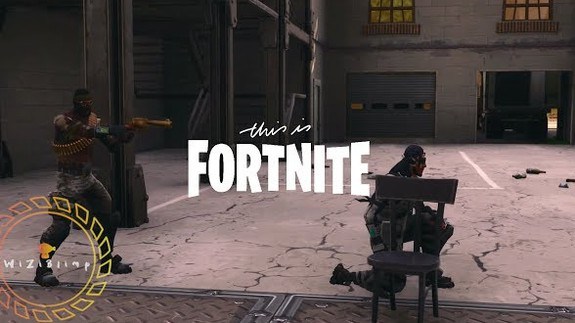 Childish Gambino’s megahit This is America has more than 233,000,000 views on YouTube and is one of the most widely discussed music videos of the year. And now there is a Fortnite parody that is, of course, called This is Fortnite.

YouTuber WiZiBlimp recreated the This is America with Fortnite players and it includes all of the dancing and backflips from the original music video. Thanks to Epic Game’s replay system, WiZiBlimp was able to brilliantly emulate Childish Gambino’s hit music video on the Battle Royale video game.

In other Fortnite news, the smash hit game finally offers a vehicle. Sort of. You can now skate around town in a shopping cart. Check out some videos of the shopping cart in action and learn where you can find them HERE. There’s also the exciting news that Fortnite is finally coming to Nintendo’s Switch. Leaked listings indicate that Fortnite is coming to Switch very soon and Nintendo may announce the news at E3 2018, which kicks off on June 12th.