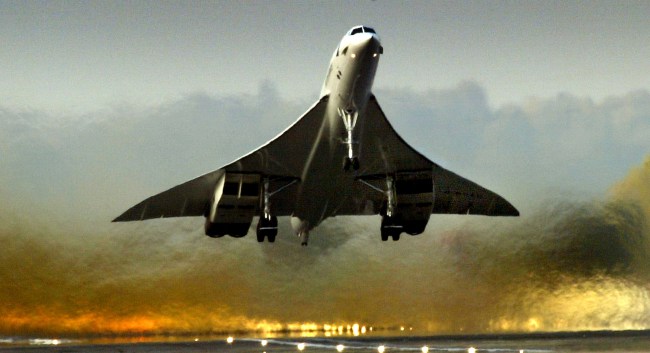 Fred Finn is known around the globe as the ‘world’s most traveled man’. He’s in the Guinness Book of World Records for logging 714 official flights aboard the Concorde jet before it was grounded (he says he flew on the Concorde 718 times). He’s tallied 16 million miles in the air while visiting 150 countries as a former technology licensor.

These days, Fred Finn is retired to Kent, England and only logging ~450,000 miles per year in the air. But he still lays claim to being the ‘world’s most traveled man,’ and groups will fly him in to give speeches and talk about the life that had him traveling for 11 months out of the year. Michael Y. Park from The Points Guy was able to catch up with Fred Finn and talk to him about why people are so fascinated by Fred’s life, what it was like traveling millions of miles across the globe, and his travel tips.

Here’s what Fred Finn had to say when asked about how he’d prep for a flight, and as someone who tends to bring home wine/booze from every new country I visit I found his final travel tip pretty helpful:

But decades of nearly constant travel have left you a believer in preparation, we take it?
I always check a bag. The polycarbonates today are a bit flexible, which works for me. The Samsonite case I have goes back 10 years, and weighs a kilo and a half. (Ed.: Three pounds.)
I always take with me a medical supply — paracetamol, antibiotics, Delhi-belly medicine — and a piece of string, because the handles on briefcases always break on the weekend, and with the string you can fix the handle through the weekend.
And when I speak to people, I always put a roll of toilet paper on the podium and let them wonder about it till the end of my lecture. I’m given maybe five to 10 bottles of wine when I travel, so how do you pack wine so it doesn’t break? You put a toilet roll around the neck, because that’s where the bottle is going to break. I’ve never had one break. (via)

First off, I’m shocked that a man who has traveled over 16 million miles and is the only person to fly on the Concorde jet 3 times in ONE-day checks a bag every time he flies. Earlier in the interview, he mentions what his typical flight schedule would look like on any given week ‘New York down to Rio de Janeiro then to Buenos Aires, the Concorde across to Paris, back to Rio, from Rio to Lagos to Nairobi back up to London’…If your bag gets lost then how in the shit is it ever supposed to make it back to you? Do you just have them send it home to London once it’s found because you’re never in one place long enough for the bag to catch up? Or do you have them send it two or three destinations ahead? I’m just shocked that someone who travels as much as he does always checks a bag.

Secondly, the toilet paper idea is brilliant. When I flew back from Portugal last January I had my bag fully packed with bottles of vintage Porto, all wrapped up in sweaters and shirts. I spent the entire flight just praying they weren’t smashed and everything I owned was going to turn dark purple forever. He’s right. If the bottle breaks it’s going to be at the neck so the roll will stop that from happening. And, if need oilet paper for any reason you’ve got it on hand.

You can click here to read the full interview on what it was like to travel all those miles, become a celebrity in the travel community, and survive an attempted plane hijacking.