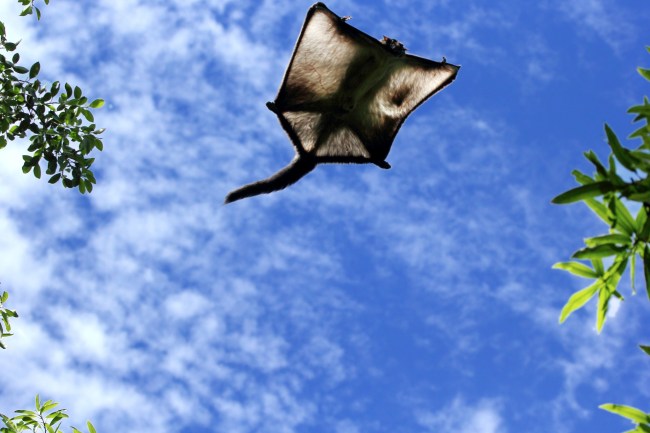 Good news and bad news, folks. The good news is that we’ve apprehended six of the seven monsters behind a massive international flying squirrel trafficking ring. The bad news is… one guy is still at large. Possibly in the woods with some kind of specialized catcher’s mitt, or a bed comforter, or a gently-electrified tennis racket—whatever tools bad guys use to catch flying squirrels.

Seven people have been charged in a Florida-based international flying squirrel trafficking scheme in which thousands of the creatures were exported to Asia, state conservation officials said on Monday.

As many as 3,600 flying squirrels, a protected species in the state, were trapped in less than three years, the Florida Fish and Wildlife Conservation Commission said in a statement

The squirrels were estimated to be worth more than $1 million, and Mr. Knox received $213,800 from the trafficking, the commission said.

Makes me sick. Sure, Tiger King was entertaining but only because of the weird “humans” in the show. Trafficking exotic animals is disgusting and bad for ecosystems and nature and probably science itself. Besides, who needs FLYING SQUIRRELS as pets?!

Buyers on the receiving end of the trafficking ring probably purchased the flying squirrels as pets. In South Korea and other parts of East Asia, cute, exotic animals like flying squirrels are popular and are featured in cafes where patrons can sip coffee and play with the creatures.