Fully Driverless Cars Are Being Tested For The First Time Without A Safety Driver On The Roads In San Francisco And So Far, So Good 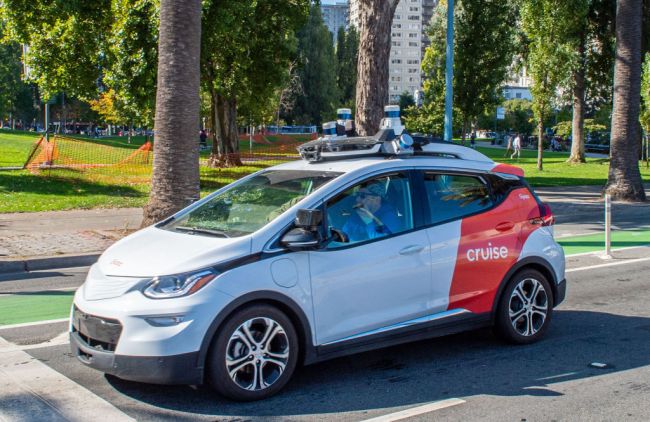 Cruise, a self-driving car company affiliated with General Motors and Honda, was approved to test fully driverless cars in October and recently rolled out their first test vehicles. It is the first time that any company has tested a vehicle without a human safety driver behind the steering wheel, which is equal parts terrifying and equal parts insanely cool.

A Cruise employee is seen in the passenger seat while the car moves through the streets of San Francisco, and every vehicle has an emergency switch in case something goes wrong, but all of the driving is done by the technology. They are also monitored remotely by employees, but CEO Dan Ammann declined to answer whether those employees can take control of the car.

“The safety operator has the ability to bring the vehicle to a stop in the event of an emergency, but does not have access to standard driver controls,” a company spokesperson said. “Eventually, this safety operator will be fully removed.”

San Francisco, of course, is a huge tech hub, so Cruise is not the only company exploring the future of driverless vehicles (as many as 60 have an active permit to test autonomous vehicles with a safety driver) and the vision is very well-defined. 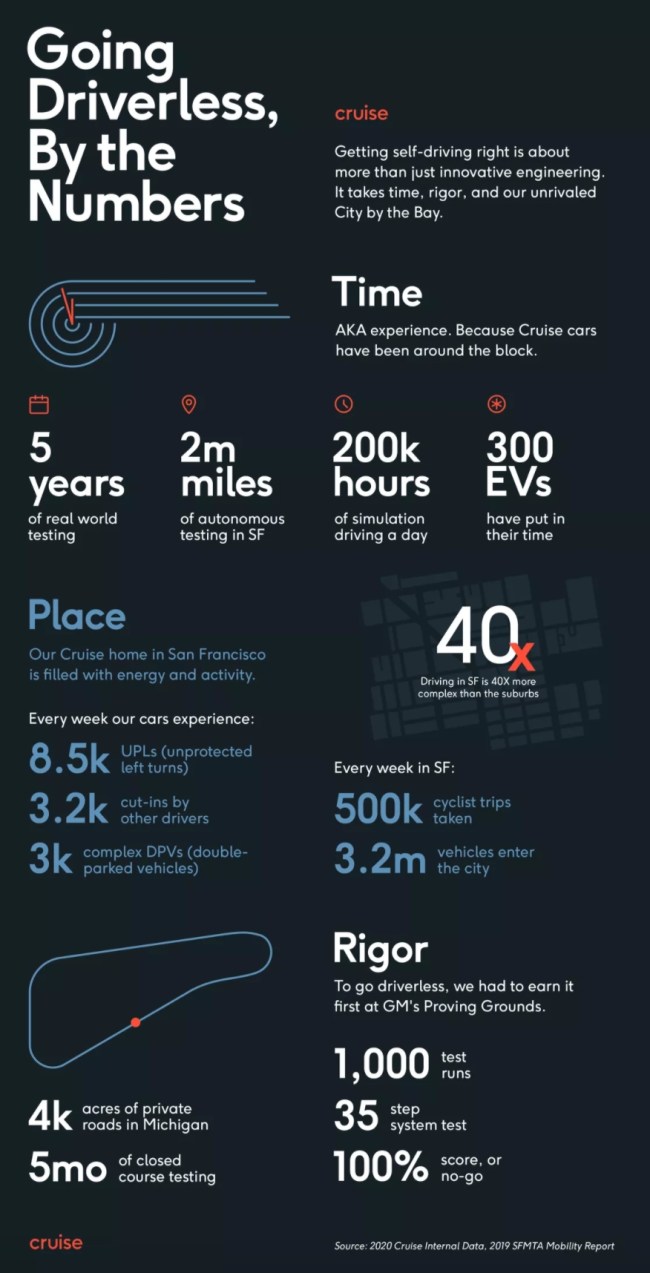 As for the scale at which testing can occur, the laws are very clear. According to the DMV, companies can only test five vehicles on “on specified roads” within the city. The cars cannot exceed 30 mph and are not allowed to operate during extreme weather. So far, so good!

This #FullyAutonomousFriday, take a ride with us through the busy streets of one of our favorite San Francisco neighborhoods –– the Mission.

Watch us safely maneuver:
✅Around a couple of cyclists
✅By a double-parked tow truck
✅Through a left turn at a four-way intersection pic.twitter.com/q9fOXr6Lu0

I wouldn’t want to be on the other end of a four-way stop across from a driverless vehicle just yet, but I can’t wait for the autonomous cross-country road trip.