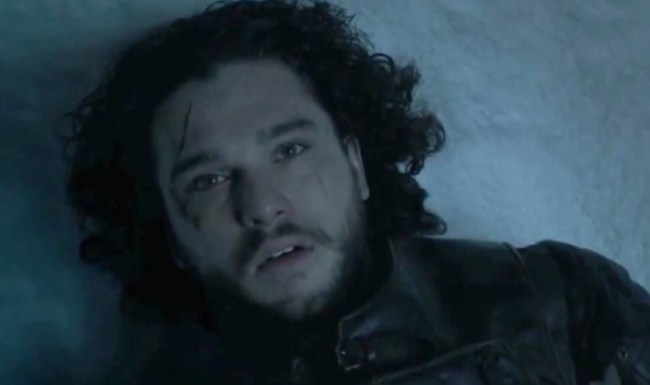 Jon Snow could learn a thing or two from Tyrion Lannister when it comes to handling his liquor. Kit Harington, the actor who plays Jon Snow on Game of Thrones, was reportedly kicked out of a New York City bar on Friday night after being drunk and disorderly. TMZ released video of Harington getting booted from an NYC bar because he was such a drunk mess. You know nothing about handling your booze, Jon Snow.

While Tyrion drinks and knows things, Jon Snow drinks and gets belligerent. Harington had a few too many Dornish reds and was asked to leave the Barfly at 244 3rd Avenue in Manhattan. While things did not escalate to a level of a Dothraki wedding, Kit reportedly got aggressive during a game of pool by banging on the table and grabbing cues. Harington allegedly argued with the bar’s bouncers who asked him to leave. A witness said that the 31-year-old actor left the bar after being asked, but later returned, and was eventually physically removed from the Gramercy Park bar. I don’t blame him from returning, winter has arrived in NYC and it was 8 degrees out. Barfly had no comment on the incident and Harington’s reps did not immediately care to comment on the incident. Maybe Kit, like the rest of us, was pissed off that Game of Thrones won’t be returning until 2019.