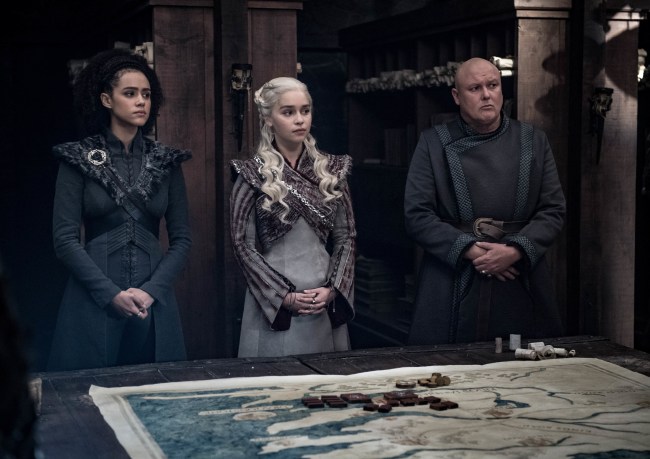 HBO’s “Game of Thrones” is one of the most expensive TV shows ever produced. Each episode of the show’s eighth and final season reportedly cost an average of $15 million to make. Unfortunately, money doesn’t buy everything.

Last week, viewers complained that the “Battle of Winterfell”, which featured the longest and most expensive battle scene in TV history, was too dark.

The Cinematographer Who Filmed The Battle Of Winterfell Is VERY Annoyed People Are Complaining It Was Too Dark https://t.co/KAj72L4rzP

This week, the GoT production team may have provided one of the worst goofs in the history of the show when it appeared that they forgot to remove a Starbucks cup from Dany’s table during an early scene in episode 4.

Of course, the Internet was flabbergasted that a show with such an insane budget would screw up this badly.

The fact that there's a Starbucks cup in this ACTUALLY AIRED ON SCREEN SHOT, is all the proof I need that D and D did not give two SHITS about this final season pic.twitter.com/TiCAGTDm1P

They really took 2 years to make 6 episodes and left a Starbucks cup in a scene #GameofThrones pic.twitter.com/90Li696AmM

i'm sorry. i cannot stop laughing. no one on the set NOTICED A FREAKING STARBUCKS CUP ON THE TABLE!!! this show is known for a HUGE attention to detail! i'm presuming this took a BUNCH of takes! not even the editor realized?!

HOW DID NO ONE SEE THAT STARBUCKS CUP?! THIS SHOW COSTS OVER TEN MILLION DOLLARS AN EPISODE!

Also game of thrones: forgets a Starbucks cup on the main table next to the fucking dragon queen https://t.co/HdhrUAN7vY

the starbucks cup in got is the most hilarious thing ever and perfectly encapsulates just how low this show has gone lol. they just dont care anymore