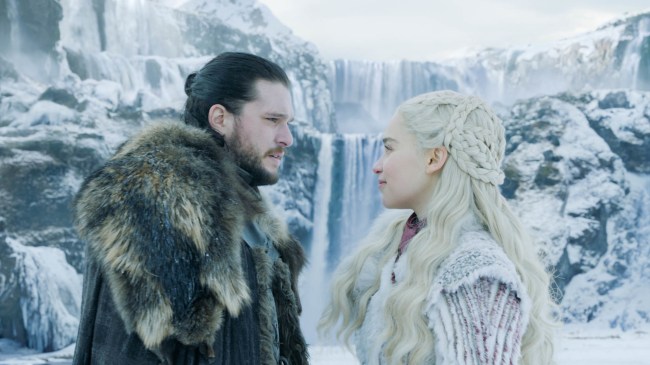 We are just one week into Season 8 of HBO’s Game of Thrones, the show’s final season. There are only six episodes this season which doesn’t seem like nearly enough as a fan, but if you’re in charge of payroll for GoT it probably seems like plenty when you take a look at how much the actors and actresses are banking this year.

Sophie Turner plays Sansa Stark on the show and recently made headlines when talking about the ‘pay gap’ on the show, but not in the way you might expect given the current climate in Hollywood. Not all of the lead actors and actresses on the show are paid the same, Sophie makes considerably less per episode compared to Kit Harington (Jon Snow) and she’s totally okay with this:

Singling out Harington, Turner said, “Kit got more money than me, but he had a bigger storyline. And for the last series, he had something crazy like 70 night shoots, and I didn’t have that many. I was like, ‘You know what…you keep that money.’” (via)

We know there’s a pay gap but how much are these stars getting paid? The main characters all got big raises which kicked in before the final season (Season 8). Let’s take a look at how much they’re getting paid:

That’s $3 million this season for Kit Harington, Emilia Clarke, Lena Headey, Peter Dinklage, and Nikolaj Coster-Waldau. AND it’s unclear if all of those characters will even live for the entire season so that $ could come out to less. Likewise, the younger actors and actresses will take home $1,050,000 this season if they appear in all six episodes.

According to Business Insider, the highest-paid actors and actresses used to get paid $300,000/episode (since 2014) and the recent raise bumped them up to $500K. Compare this to the reported $250K/episode the biggest stars get paid on HBO’s Westworld.

I understand Sophie’s comments above. She thinks Kit/Jon is more integral to the show and his scenes are harder. But what about Nikolaj Colster-Waldau aka Jamie Lannister? Why the shit is he getting paid more than Sophie Turner and Maisie Williams (Arya Stark) when his role is no more significant than the roles of the Stark girls? The kids definitely get paid less on the show because they started acting at a young age and that’s the only explanation here.

If you haven’t read our recap of the Game of Thrones Season 8 premiere then check this out now: Here’s A Power Ranking Of All The Major Plot Lines In The Season Eight Premiere Of ‘Game Of Thrones’. You can also check out our roundup of the Best Memes + Pics + Reactions from Episode 1 by clicking that link.