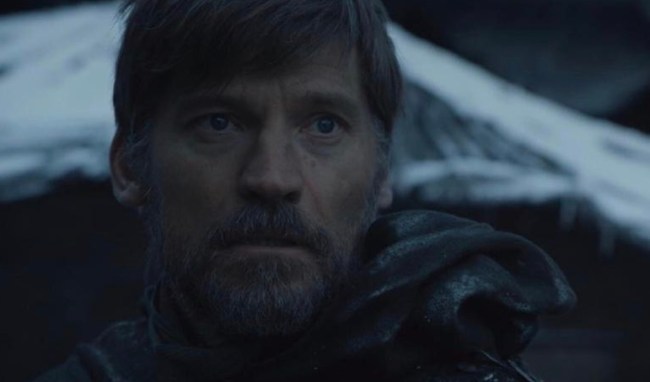 After nearly a two-year wait, Game of Thrones triumphantly marched back into our lives on Sunday night. In the premiere of the final season titled “Winterfell,” we got numerous long-awaited reunions — some of which were tearful, others joyful and others vengeful. And this made for some incredible fodder to make funny Game of Thrones memes.

Jon Snow and his queen Daenerys Targaryen along with two dragons, an army of The Unsullied and a Dothraki horde descended upon Winterfell, but not everybody welcomed them with open arms. Jon Snow had a cold “welcome home” from Sansa Stark, Bran is acting like he just back from college and can’t be bothered by anyone because he’s way too smart now,

Euron Greyjoy had a romantic connection with Cersei after returning to King’s Landing with the Golden Company and then he laid on the charm and said he wanted to pump her full of a prince. Former husband and wife Sansa and Tyrion Lannister did not rekindle their relationship and the Lady of Winterfell told the imp that he isn’t smart anymore. Arya Stark and Gendry did some flirting with each other and she asked him for a special dragonglass weapon to forge, maybe to see if he’s interested or not.

Theon and Yara Greyjoy reconnected, which started off rocky, but then they were brother and sister again (Not the sibling connection like Jaime and Cersei). Jon Snow got his best bro back with Samwell Tarly. They were BFFs again until the moment Samwell told Jon that he’s Aegon Targaryen, the son of Rheagar Targaryen and Lyanna Stark. And that his love Daenerys is also his aunt.

And finally, Bran was waiting for an old friend… Jaime Lannister, who the last time he saw him, the Kingslayer attempted to murder him for being a peeping Tom who saw the Lannister siblings enjoying a very unholy union. The internet had plenty of material to work with and they did not disappoint despite being off for nearly two years. Here are the best and funniest Game of Thrones memes for Episode 1 of Season 8.

There was the bitter cold meeting between Sansa and Dany.

Sansa looking at Daenerys every 5 minutes like #GameofThrones pic.twitter.com/1VMolpnzj5

Sansa looked Daenerys up and down like…. #GameofThrones pic.twitter.com/THlDwLiJdg

Dany’s dragons Drogon and Rhaegal realize that Jon Snow might be their new dad.

"I'm not calling him dad. Not even if there's a fire." #GameOfThrones pic.twitter.com/EZ5Ul9RVwB

Cersei wanting wooden boats to transport an army of elephants across the sea… #GameofThrones pic.twitter.com/SZfxxI8T1O

Cersei to Euron: You want a whore? Buy one. You want a queen? Earn one.

Euron: I’m gonna put a prince in your Belly

There was Daenerys telling Samwell that she murdered his father… and his brother.

Sam: "At least I can go home now that my brother is lord…"
Daenerys:#DemThrones pic.twitter.com/lcU72RKpo1

Sam: “At least I have my brother”

Sam: Well, at least my brother is still alive.

Sam: my brothers the lord now at least he’ll let me back home Jorah: #GameOfThrones pic.twitter.com/cbB4XVWN4m

The Hound and Arya had a sentimental reunion.

#GameofThrones
The Hound: You left me to die.
Arya: I robbed you first
The Hound: pic.twitter.com/av4hWQbdBU

Jon Snow being told by Sam that he is a king.

Jon Snow everytime he gets rid of one title and they give him a higher one pic.twitter.com/Nnv5dlpCpu

Jon snow after sam told him everything #GameOfThrones pic.twitter.com/17oC3i7F8y

Lords of the north: we wanna make Jon Snow King in the North

The Last Hearth kid getting strung up on a wall like a Michael Jordan poster.

Bran waiting for his attempted murderer, err, old friend. Also, can we build a ramp so Bran isn’t stuck in the Winterfell courtyard during the Army of the Dead invasion?

*Jamie and Bran see each other for the first time since season one*
Jamie:#GameOfThrones pic.twitter.com/LUFAlaQeJL

Bran was waiting for Jamie outside this whole episode like #DemThrones pic.twitter.com/sblxyD2SVk

*gets off horse, takes breath of fresh air*

On the next episode of #GameofThrones the reunion of Jamie and Brann : pic.twitter.com/bRG90c39AX

Jamie trying to explain to Bran, Jon, Sansa, Arya and Daenerys why he shouldn’t be killed on the spot. pic.twitter.com/2asWarNFhh

when I ignore an email but then get a reminder from gmail 5 days later #GameofThrones pic.twitter.com/XjMUWagkno

bran when jaime rode up into winterfell #GameOfThrones pic.twitter.com/n33T3x4qPt

How many wheelchair ramps winterfell got this nigga Bran everywhere

I present to you..