George Clooney Casually Flexes, Reveals He Turned Down $35M For ONE Day Of Work 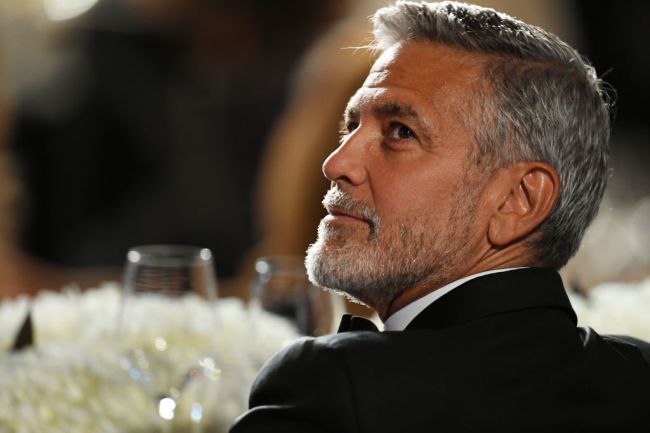 When you’ve sold your tequila brand for a whopping $1 billion, then perhaps $35 million can feel like chump change. To us regular normies, though, it’s an astounding sum of money that we’d bounce at given the first opportunity we have. This, obviously, is the difference between us and George Clooney, who recently revealed he turned down $35 million to star in a commercial for an airline.

The reason that Clooney turned down the offer, he says, is because that the country the airline is associated with, “although it’s an ally, is questionable at times.”

“I was offered $35 million for one day’s work for an airline commercial, but I talked to [his wife] Amal about it and we decided it’s not worth it,” Clooney said in a recent interview with The Guardian.

“It was [associated with] a country that, although it’s an ally, is questionable at times, and so I thought, well, if it takes a minute’s sleep away from me, it’s not worth it.”

To Clooney’s credit, he’s certainly been generous with his massive net worth, as he famously gave 14 of his best friends $1 million each following the sale of his tequila brand Casamigos.

Clooney’s next project, the Ben Affleck and Tye Sheridan-starring The Tender Bar, will hit theaters in the United States on December 22 before hitting Amazon Prime Video on January 7. While Clooney directed the film, he isn’t starring in it.

RELATED: George Clooney Won’t Let His Wife Watch ‘Batman & Robin’ So She ‘Still Has Respect’ For Him