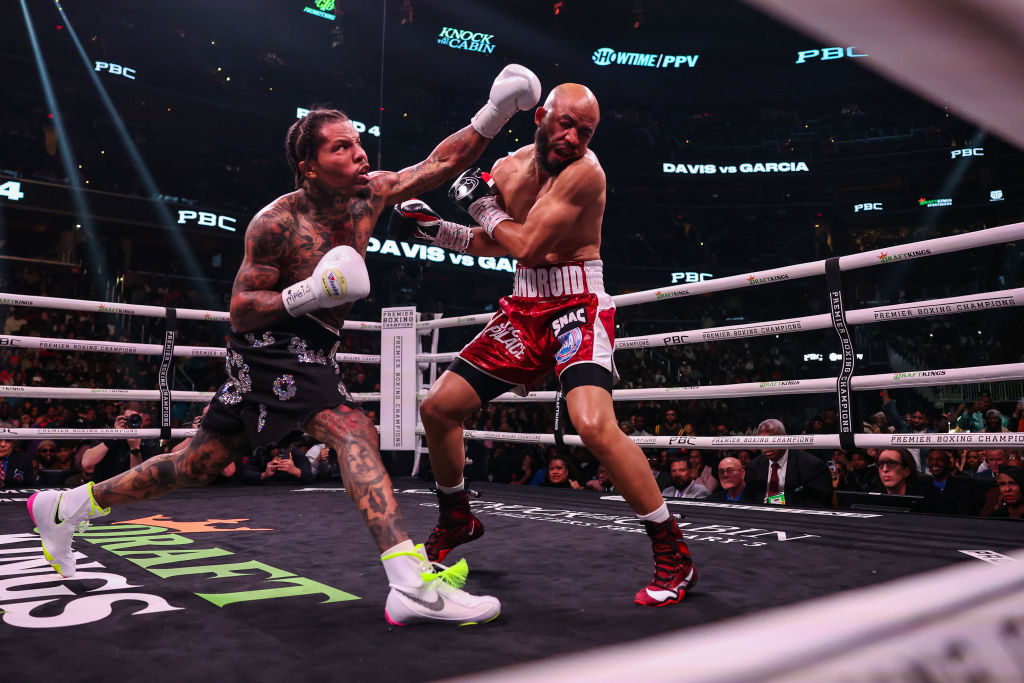 Gervonta Davis beat Hector Luis Garcia and paved the way for a superfight against Ryan Garcia in April.

On Saturday night, Davis defeated a game Hector Luis Garcia with some brutal shots at the end of the 8th round. Garcia told his corner that he couldn’t see after getting stunned by a vicious power punch to the head and the fight was over.

After the fight, Davis confirmed that he was heading back to the gym in about a week or two to begin preparing for his long-awaited fight vs Ryan Garcia.

“I’m ready for the fight, it’s scheduled for April, I’m here, he’s been training, he’s been talking, let’s who’s really about that.”
“On my end, I’m ready, I’ll be in the gym…probably take a week off, but I’ll be back for sure”

Ryan Garcia fired back at Tank Davis on Twitter.

No more talking let’s get it on

Goodbye Tank is over for you.