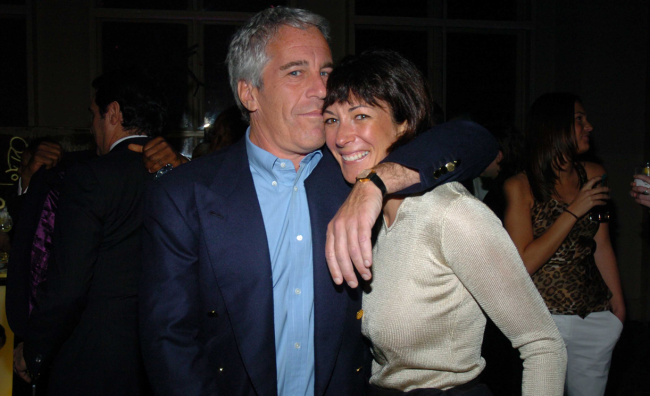 Convicted sex offender Ghislaine Maxwell now claims from prison that the infamous picture of Prince Andrew with a teenage Virginia Giuffre is fake.

In her first interview from prison since receiving a 20 year sentence for assisting and participating in Jeffrey Epstein’s sex trafficking ring, Ghislaine Maxwell says, “I don’t think that picture is real. It is a fake. I don’t believe it is real for a second. In fact, I am sure it is not.”

Also, despite appearing in the photo herself, Ghislaine Maxwell claims to have no recollection of the Duke of York and Guiffre ever meeting, let alone him sexually abusing her at the age of 17, as she asserts.

The full interview, called “Ghislaine Behind Bars,” will air on Jeremy Kyle’s TalkTV show at 7 p.m. Monday in the United Kingdom as well as on YouTube at 2 p.m. ET.

Andrew withdrew from public royal life after a civil sex assault case was brought against him by Virginia Giuffre, who accused him of having sex with her when she was a teenager at multiple locations including Epstein’s New York home.

The duke has denied the accusations, and the case ended in a reported eight-figure settlement.

The settlement occurred in February 2022 and the terms were not disclosed, but insiders believe it was around $3.7 million dollars.

“There is no original of that photo, [just] copies of copies and parts of it, according to some experts, looks like it has been Photoshopped,” Maxwell continued. “I don’t remember her in my home.”

She did add, “I know that Virginia traveled with Jeffrey, and so it’s entirely possible. It wasn’t something so outrageously out of left field that it couldn’t have happened. But the photo doesn’t appear to be real. And I don’t recall it being taken. I have no memory of Virginia and Prince Andrew meeting.”

In the interview, Ghislaine Maxwell also will speak about the fact that Virginia Guiffre dropped a lawsuit against Epstein’s former lawyer Alan Dershowitz because of a lapse in memory.

“I think her ‘memory lapses’ are disingenuous. If her memory is so poor, then how can you rely on anything she says?” Maxwell stated.

“When you give a lot of details and make claims that last five, six or seven years, and then suddenly at the last moment decide that it was a memory lapse, I find that hard to credit.”

Maxwell’s life in prison has been an interesting one so far.

She is planning on taking a literacy test to qualify her for a call center job selling Internet, television and phone services to customers. Once employed, she will be earning approximately $1.24 per hour, Radar reports.

She is also giving her fellow prisoners etiquette classes, according to Radar.