Internet Reacts Angrily To Epstein Associate Ghislaine Maxwell Getting 20 Years In Prison, Yet Not Naming Names 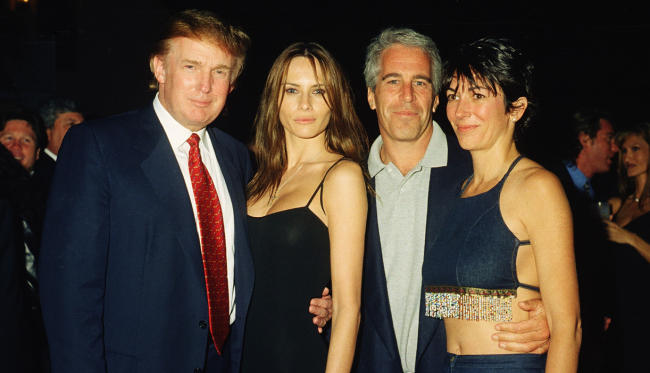 Ghislaine Maxwell, the former socialite who assisted and participated in Jeffrey Epstein’s sex trafficking ring, will spend much of the rest of her life behind bars.

On Tuesday, the 60-year-old Maxwell was ordered to spend 20 years in prison after a judge sentenced her to five years for one count, 10 years for another, and 20 years for a third, with all three sentences running concurrently.

Maxwell was also ordered to pay a fine of $750,000 and will have five years of supervised release after serving her time.

The judge presiding over Maxwell’s sentencing plans to recommend that Maxwell be sent to the Danbury, Connecticut, Federal Correctional Institution. This is the same prison that served as the inspiration for the Netflix series Orange is the New Black.

She was found guilty of her crimes largely due to the testimony of four women who portrayed her as a person who “preyed on vulnerable young girls, manipulated them and served them up to be sexually abused by Epstein,” according to prosecutors.

“Years of sexual abuse, multiple victims, devastating psychological harm: none of this could have happened without Maxwell,” the prosecutors added.

Ghislaine Maxwell will spend most, if not all, of the rest of her life in prison, but never did name names

Maxwell and her attorneys tried to claim that the government was making her pay for Jeffrey Epstein’s crimes since he allegedly committed suicide while in prison before he could be tried in court.

Federal prosecutors strongly denied this assertion, writing to the judge, “Instead of showing even a hint of acceptance of responsibility, the defendant makes a desperate attempt to cast blame wherever else she can.”

24 witnesses in total were called to the stand during the trial. Two of the women who were victims of Epstein and Maxwell said they began being abused by the couple when they were just 14-years-old.

“Today’s sentence holds Ghislaine Maxwell accountable for perpetrating heinous crimes against children,” U.S. Attorney for the Southern District of New York Damian Williams said in a statement. “This sentence sends a strong message that no one is above the law and it is never too late for justice.”

Many on the internet agreed.

Mostly, however, people wondered about what happened to the Jeffrey Epstein address books which contains hundreds of names, including celebrities and politicians, the alleged secret stash of video tapes, including those of Donald Trump and Bill Clinton, and why Maxwell did not, in fact, “name names” in an effort to save herself from being incarcerated for decades.

Where is the 'Notebook'? It seems to me, that if the 'participants' walk away from this, it becomes a mockery of Justice.

She won’t give the mens names because she knows she will get killed. It is literally what happened to Epstein. Believe me I want to see that list but it’s up to her to give the names

Whatever happened to the trove of photos and videos that were in Epstein's apartment? Not a peep about them since.

To choose to spend the rest of her life in prison, rather than talk about what she knows, suggests she is more afraid of the people she might offend by saying names out loud, than by the prison system. Note to self: Don't do things that would force you to make this choice.