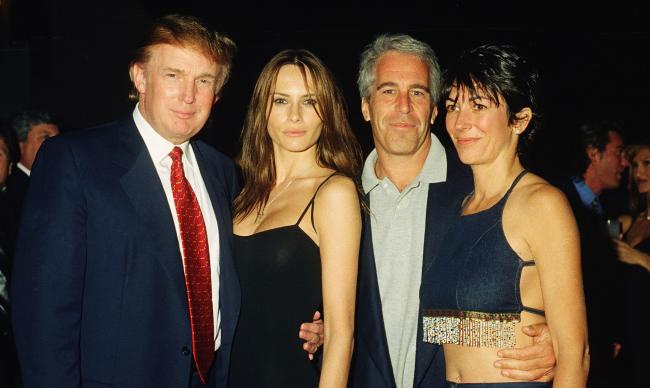 As Jeffrey Epstein’s alleged co-conspirator Ghislaine Maxwell awaits her scheduled trial on July 12th for charges of sex trafficking and conspiracy, Business Insider has obtained what it says is an address book once owned by Epstein.

Inside the “little black book” are the names and contacts of 349 individuals including many celebrities, politicians, academics, financiers, royalty, and their associates.

The address book, reportedly kept by Epstein in 1997 contains 221 names that did not appear in a similar address book dated 2004-05.

Ircha, who now goes by Suzanne Johnson, is among the book’s most interesting entries. Ircha is frequently described in the media as the best friend of Melania Trump, and her presence in Epstein’s Rolodex adds to a web of known connections between the former first lady, her husband, and the sex offender.

In 2019, The New York Times reported that Epstein boasted that he had introduced Donald Trump and Melania. The couple previously said they had met at a Fashion Week party at the Kit Kat Club in 1998 after Melania caught Trump’s eye. In a 2016 profile of Melania, The New Yorker reported Trump’s date at the party was Celina Midelfart, a Norwegian businesswoman who is listed in the newly discovered address book and has flown on Epstein’s planes.

Ircha Johnson, an erstwhile actress who starred in two B movies during a hiatus from the financial sector, formerly worked as an equities saleswoman at the investment bank Sandler O’Neill. Like Epstein, she started her finance career at Bear Stearns. Her entry in Epstein’s address book shows not only an apartment in midtown Manhattan but also the phone numbers of her sister and brother. Through a spokesperson Ircha Johnson declined to comment or explain why Epstein had her and her siblings’ contact information.

Among the 120-plus listings that appear in both address books are Ghislaine Maxwell, Alan Dershowitz, Donald Trump, and the main information line for the White House which was occupied by Bill Clinton at the time.

In an attempt to verify the authenticity of the address book and that it actually did belong to Jeffrey Epstein, Business Insider hired Dennis Ryan, a former forensic document examiner and laboratory supervisor for the Nassau County Police Department. He determined that the book “is circa 1995 to 2000.”

The book also contains more than 80 phone numbers associated with estates in Manhattan, West Palm Beach, New Mexico, and Ohio owned by Epstein in the early 1990s. Also listed in the address book are numbers for more than a dozen vehicles, a horse stable, a bunkhouse, dedicated lines for internet modems, and phone and beeper numbers for many known Epstein staff members.

View the entire list of names in a sortable database over at BusinessInsider.com.