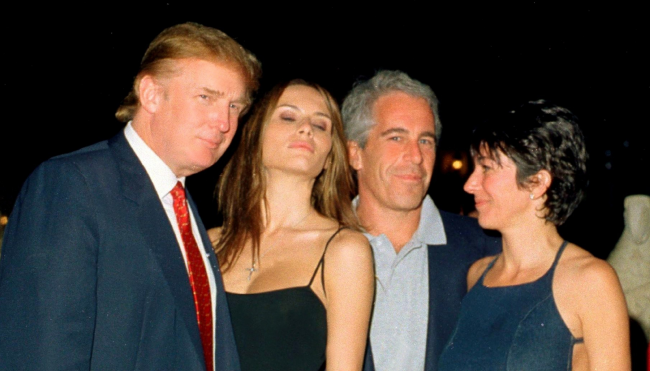 Urban explorer Andy Bracco recently re-uploaded clips to TikTok of his visit to convicted sex offender Jeffrey Epstein’s abandoned island in the Caribbean after he says his account was removed by the app.

He reposted the video, originally taken in August of 2020, after a viewer commented claiming it wasn’t really Epstein’s 70 acre Little St. James island.

Clearly, however, it is as footage shows the now infamous blue and white striped temple building and sundial.

Bracco tells Newsweek that he did not enter any of the rumored hidden tunnels on the island, but did say, “If I was to have entered the unlocked temple, that I clearly came into close contact with, I would never self incriminate by showing my audience how I got in. Getting in would then subsequently have allowed me to access the tunnels. Between my two visits to the island I did peer into the temple from the outside and noticed the staircase descending downwards.”

Bracco’s re-uploaded footage of Jeffrey Epstein’s island has been viewed over 460,000 times on TikTok, while another followup TikTok video answering whether or not he would ever go back is also closing in on 400,000 views.

Reply to @dakota..cavin one day bro…

“Security most definitely existed on the island during both of my visits. The months of effort that went into planning for just a few hours of exploring are so disproportionate. I took in account so many things, asked as many resources available as I felt we needed to know while still attempting to remain surreptitious. On both of my visits we remained completely undetected due to following our very careful planning and other convert entry procedures. We stayed away from the main dock, the main house, and the infrared cameras,” Bracco told Newsweek.

“I have had multiple ‘copycat’ explorers contact me telling me they attempted to gain entry to the island recently,” he added. “All have been stopped by either coast guard, armed private security on boats, or the two that made it to the island both told me an automated PA system yelled at them saying coast guard has been contacted and to turn back immediately.”

The urban explorer also linked back to a couple of YouTube vlogs he posted shortly after his trip to Epstein’s private island.

Bracco says that he flew from JFK Airport in New York to the U.S. Virgin Islands, but did not divulge how he was able to gain acces to Little St. James.

Speaking to The Sun in 2020, Bracco said, “I sat down on one of the benches by the mausoleum – that temple type area. Just sitting there knowing who has sat there before and the figures who have been there, it was surreal and it was unreal.”

The Sun reported that parts of the island still had electricity, the swimming pool was clean, the palm trees were well-tended, and the tennis court had been recently demolished.

“There is active security there. I visited the site twice over the week and one of the times was in daytime, which was a little bit riskier,” said Bracco.

“The route we took we avoided a lot of the cameras on the island – along with the workers and guards. We got pretty lucky. But we planned it a few months ahead, spoke to locals and we knew what we were dealing with. I wouldn’t suggest anyone go there unless you really know what you are doing.”

That would probably be an understatement.