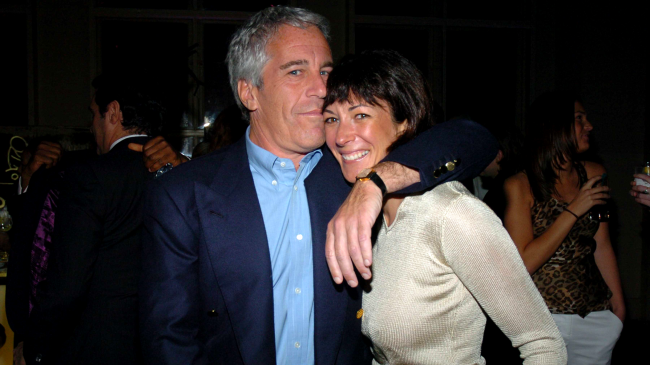 According to a new lawsuit, Jeffrey Epstein and Ghislaine Maxwell threatened to feed a woman to alligators after “brutally” raping her.

The lawsuit, centered on convicted sex offender Jeffrey Epstein’s estate and his co-executors, was filed by a 26-year-old woman who claims she was repeatedly raped in front of her eight-year-old son at a hotel in 2008 by Epstein and Maxwell, then was threatened her life if she spoke out about it, reports the Miami Herald.

Also mentioned in the lawsuit, the woman, who is identified only as “Jane Doe” and as a native of Turkey who lived in Broward County, are claims that Epstein and Maxwell also trafficked her to have sex with several other men, including a local judge, that Epstein forced her to undergo vaginal surgery conducted “in a wealthy person’s home by a man with a Russian accent” so he could promote her as a being virgin to one of their “high-profile” clients, and told her to tell clients that she was 17-years-old.

A trained hairdresser, Doe said she was hired to go to Epstein’s Palm Beach mansion in January 2008 to cut Epstein’s hair. When she arrived, Epstein was naked and, with Maxwell’s assistance, brutally raped her, according to the lawsuit.

At the time, the woman recalls Epstein had guns in his possession which were displayed to her in order to frighten and intimidate her.

She attempted to leave, telling them she intended to report the rape. Maxwell, in response, claimed that she had already called the police. Two men who claimed to be police officers arrived at Epstein’s mansion and threatened to arrest Doe for prostitution, to take away her son and deport her, according to the suit.

Then Epstein and Maxwell ordered Doe to drive with them in Doe’s vehicle, picking up her son along the way. During the trip, they pulled off the side of the road to a waterway filled with alligators.

“Epstein then ushered the plaintiff to the body of water and told her in explicit detail that — as had happened to other women in the past, according to the pair — she would end up in this body of water and be devoured should she ever reveal what Epstein had done to her,” the suit says.

At a hotel in Naples, over a period of days, Doe was repeatedly raped by Epstein and Maxwell in the presence of her young son, she said.

The woman says Epstein continued to harass her for five months following the assault and it wasn’t until Epstein had died in jail that she felt unafraid of coming forward.