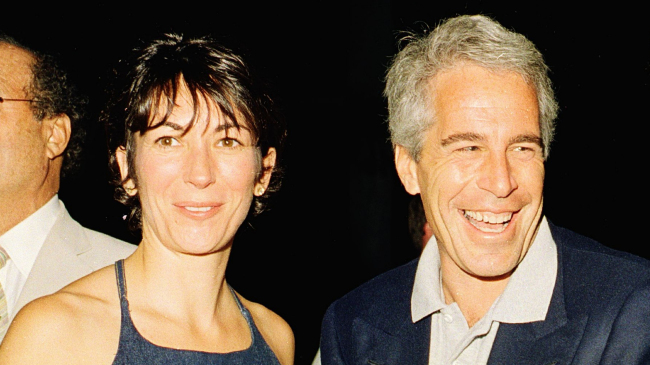 Incarcerated Jeffrey Epstein associate Ghislaine Maxwell is now facing eight new counts including her first charge for the sex trafficking of a minor.

The new indictment accuses Maxwell of recruiting, grooming and paying a 14-year-old girl to engage in sex acts on multiple occasions with Epstein at his home in Palm Beach, Florida from 2001 to 2004.

Prosecutors claim Maxwell recruited the underage girl, knowing that she was under the age of 18, to perform nude massages on Epstein which turned sexual and then paid her hundreds of dollars in cash after each encounter.

Maxwell, currently imprisoned at the Metropolitan Detention Center in Brooklyn, is also accused of encouraging the girl to recruit other female minors to provide “massages” for Epstein – something the girl allegedly did and was paid in cash each time she brought in a new underage girl.

In addition to the new sex trafficking of a minor charge, the indictment also charges Maxwell with sex trafficking conspiracy and claims she “sought to normalize inappropriate and abusive conduct by, among other things, discussing sexual topics in front of [the victim] and being present when [the victim] was nude in the massage room of the Palm Beach residence” of Epstein.

“This production will include the statements of more than 250 witnesses related to the investigation of Jeffrey Epstein and his associates in the Government’s possession whom the Government does not currently expect to call to testify at trial,” wrote Audrey Strauss, the US attorney for the Southern District of New York in a letter filed with the court.

Related: The Deposition Ghislaine Maxwell Didn’t Want Released Has Been Unsealed And It Is Wild

Maxwell, who has been jailed without bail since her arrest last July (she was denied bail for the third time last week), pleaded not guilty to the original charges made against her including conspiracy to entice minors and conspiracy to transport minors and is currently scheduled to go to trial in July of 2021.