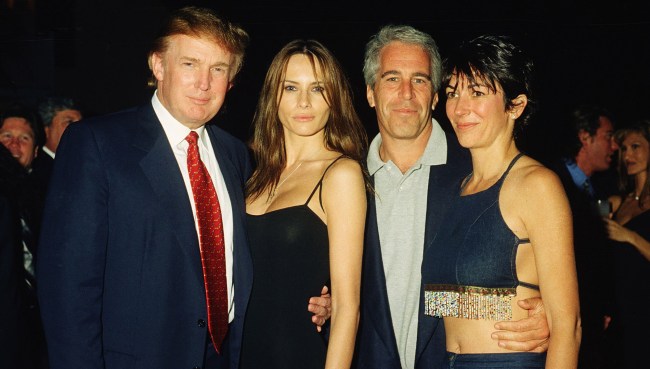 Longtime Jeffrey Epstein confidant Ghislaine Maxwell, who is reportedly prepared to “name big names” in connection to the underage sex trafficking ring she and the late financier/sex offender allegedly ran for over a decade, is reportedly being treated with strict safety protocols at the Metropolitan Detention Center in Brooklyn.

This is being done in an effort to prevent a similar situation as what happened with Epstein when he allegedly commited suicide by hanging himself with a jail bedsheet while incarcerated on federal charges for the sex trafficking of minors at the Metropolitan Correctional Center in Manhattan.

As a result, federal prison officials have taken away Maxwell’s clothes and bed sheets and she has been been forced to wear paper clothes and sleep on paper sheets, reports the New York Post.

Federal authorities outside the Bureau of Prisons have been assigned to ensure Maxwell does not kill herself and is not the harmed by other inmates while she is jailed at the Metropolitan Detention Center in Brooklyn, a source told the Associated Press.

The safety protocols are far more stringent than those applied to her after her arrest in New Hampshire last week. A former warden at the Brooklyn prison said Maxwell should be put on suicide watch.

The Chicago Tribune also reports other additional protocols for Maxwell’s incarceration that have been put into place include ensuring that she has a roommate in her cell, is monitored and someone is always with her while she’s in jail.

A trailer for a four-hour, two-night special set to air on Lifetime titled Surviving Jeffrey Epstein was released on Wednesday. The special, which will feature alleged survivors of Epstein’s sex ring, as well as journalist and TV presenter Christopher Mason who has known Maxwell since the 1980s.

“She, of all of those people, knew who slept with whom, and who was assigned to whom,” Mason recently told the Post.

Mason also believes, as has been previously reported, that Maxwell has a secret stash of sex tapes, telling the Daily Mail, “If Ghislaine goes down, she’s going to take the whole damn lot of them with her.”

Surviving Jeffrey Epstein is scheduled to air on Sunday, August 9 at 8 pm ET and on Monday, August 10 at 9 pm ET.

Maxwell, who calls the charges against her “absolute rubbish” is currently awaiting arraignment.