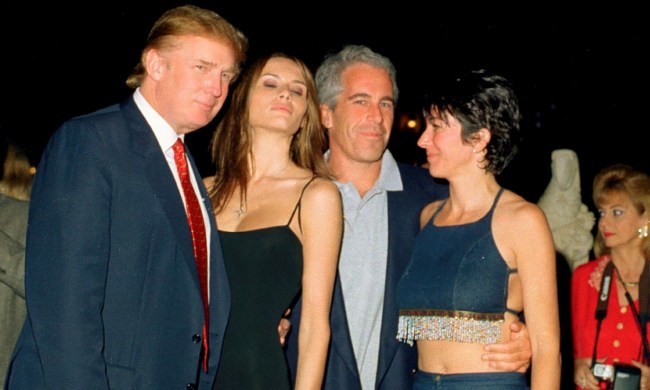 Ghislaine Maxwell, longtime confidante of convicted sex offender Jeffrey Epstein, recently hired the attorney who defended a Osama Bin Laden operative that was involved in the killing of 224 people.

But not even he could stop the unsealing Thursday morning of a seven-hour April 2016 civil suit deposition which now reveals some of the lengths Maxwell would go to to defend accused sex trafficker Epstein.

In the 465-page deposition from a defamation case brought against Maxwell by alleged Epstein victim Virginia Guiffre née Roberts – who claimed she was recruited by Maxwell while working at Donald Trump’s Mar-a-Lago resort – Maxwell claims she “never saw any inappropriate underage activities with Jeffrey ever,” adding, “I never observed Jeffrey having sex with a minor.”

BREAKING: In a 400-plus page deposition taken in 2016, accused sex trafficker Ghislaine Maxwell repeatedly denies knowing any underage girls were even present with Jeffrey Epstein. The documents are heavily redacted. Names blacked out include Bill Clinton, Prince Andrew.

Maxwell was also asked about the puppet of himself that Prince Andrew allegedly used to grope victims at Jeffrey Epstein’s house.

“Is there any puppet you’ve ever seen in Jeffrey Epstein’s home in the presence of [redacted]?” asked Giuffre’s lawyer Sigrid McCawley.

“Again, puppet, you know, there is lots of types of puppets,” Maxwell replied.

“Any type of puppet,” McCawley continued, adding later, “Have you seen any puppet that fits any description in the presence of [redacted] in Jeffrey Epstein’s home?”

Much of the deposition is filled with Maxwell stating that she didn’t know the answers to the questions being asked, couldn’t remember the answers, or doing her best to completely evade having to answer them.

“The public should know today’s unsealing is only a small part of the total evidence,” Giuffre’s lead attorney Sigrid McCawley told NPR. “As the evidence comes out, it will be clear why Ms. Maxwell and others who enabled Jeffrey Epstein are fighting so hard to keep it concealed. As our client Virginia Giuffre bravely asserts, they did not act alone.”

Maxwell faces six charges relating to trafficking minors for sex as well as perjury and is scheduled to go to trial in July of 2021.