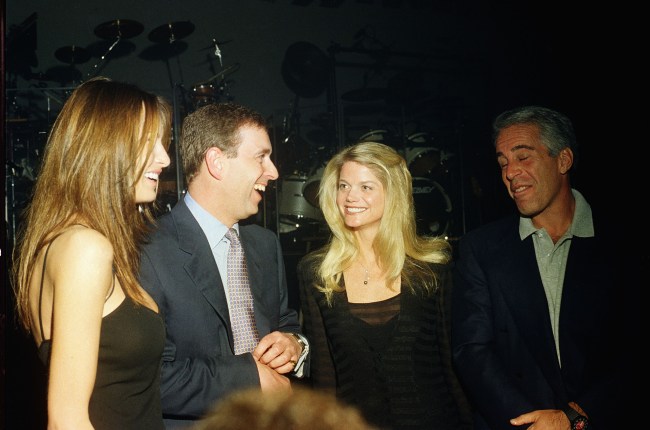 Prince Andrew was one of the prominent figures featured in the Netflix documentary Jeffrey Epstein: Filthy Rich, which, for those who haven’t watched it yet, is an unbelievably (and uncomfortable) dive into power, wealth and disgusting acts of alleged underage sexual abuse.

While Epstein and his girlfriend/associate Ghislaine Maxwell are most prominently featured in the film, Prince Andrew gets a lot of airtime, too, with stories of him visiting the couple numerous times at numerous places around the world. While nothing has ever been charged against the Duke of York, there are a number of stories, evidence and allegations against him that suggest he may have been involved in some of the disgusting escapades with Epstein.

If that wasn’t all enough, more allegations came to the surface in an unpublished manuscript from one of the victims, Virginia Roberts Giuffre, who even said that Prince Andrew was allegedly known for using puppets of himself to grope women while at Epstein’s house. Take a look below at some of the details.

In Giuffre’s manuscript—which was released by New York Judge Loretta Preska last week as part of a large batch of unsealed documents from a now settled civil defamation case between Giuffre and Maxwell—she writes that she met Andrew around that time in the first-floor study of Epstein’s Manhattan home and “he looked me up and down like a shiny new car on display and he was about to take it for a test drive.”

Sjoberg previously testified to this incident in a 2016 deposition in Giuffre’s case against Maxwell, saying under oath, per The Mirror, “I sat on Andrew’s lap…they took the puppet’s hands and put it on Virginia’s breast, and so Andrew put his on mine.”

If the new allegations are true, Prince Andrew is more fucked up than many of us might have even assumed. Not only is he being accused of having sex with underage women against their will, but he was using a puppet that resembled himself to help get him off. That’s some creepy, psycho kind of shit.

Given the fact Ghislaine Maxwell’s lawyers are reportedly trying to keep “highly confidential information” out of court in her case, one would imagine that means there’s plenty more wild shit that most people can’t even fathom. And because Maxwell apparently has secret tapes to help save herself from (presumably) being tossed in prison for the rest of her life, it might just include more allegations against Prince Andrew that show just how big of a deranged mind both he and Jeffrey Epstein had.