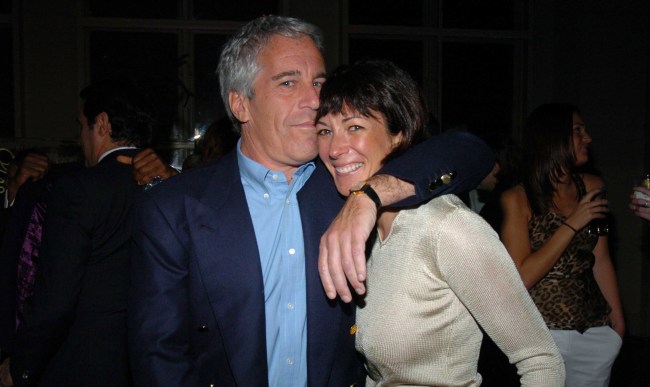 Last week, dozens of pages of documents from alleged victim Virginia Giuffre’s 2015 defamation lawsuit against Jeffrey Epstein were unsealed as part of the federal case being brought against his former girlfriend Ghislaine Maxwell.

Now, following the release of the almost 350 pages of documents, numerous stories from the deposition of Giuffre are being made public and if true, they are very damning for Maxwell and others.

Giuffre testified that Maxwell had “continuous” sex with girls and women in front of her, some she believed were as young as 15.

“There’s just a blur of so many girls,” Giuffre told Maxwell’s attorneys when asked if she could name girls she saw Maxwell have sex with.

Giuffre added that she believed the ages of the women to be between 15 and 21-years-old.

She added she saw Maxwell have sex with women all over the island — by a pool, near the beachfront, in small huts and in Epstein’s cabana.

Other stories to come out of the unsealed documents include Giuffre claiming Bill Clinton visited Epstein’s island, the fact that Prince Andrew would have “relevant information” in the case, allegations that she was trafficked to Europe to have sex with powerful men, including Prince Andrew and attorney Alan Dershowitz, as well as tales of how Maxwell and Epstein sexually abused her after recruiting her at the age of 15 from Donald Trump’s Mar-A-Lago resort where she worked.

Not every document from the 2015 lawsuit was allowed to be entered into evidence as Maxwell was able to, at least temporarily, keep “highly intrusive” documents about her sex life from being unsealed, reports the Daily Mail. Those particular documents’ release has been delayed until at least September 22 when Maxwell’s appeal will be heard by the court.

She recalled feeling ‘disgusted’ and was counting down the hours until she was due to fly back home, saying: ‘It wasn’t easy meeting the sexual desires of these strange men, the Prince being one of them.

‘He loved my feet and even licked in between my toes. Then there was the lack of passion in the intimacy we shared, to him I was just another girl and to me he was just another job,’ she wrote.

After their two-day retreat, Roberts returned to New York where she reunited with Epstein and Maxwell, who asked: ‘So… how was the ranch with the Prince?’

‘I think he had a really good time, he seemed relaxed during the trip and when we said goodbye to each other he gave me a kiss,’ Roberts replied.

‘I took him horseback riding, nowhere too far around the property, um..we went swimming in the pool, and of course I gave him plenty of massages. He had a massage at least a couple times each day, really seeming to enjoy his time there.’

Giuffre claims Epstein paid her close to a thousand dollars for this visit and that she also had sex with Prince Andrew on three other occasions, once at Maxwell’s apartment in London, in New York, and again on Epstein’s private island.

Maxwell, Prince Andrew and others mentioned in Giuffre’s deposition have all proclaimed their innocence.

Maxwell has been charged with charges of enticement and conspiracy to entice minors to travel to engage in illegal sex acts, transportation and conspiracy to transport minors with intent to engage in criminal sexual activity, and two counts of perjury, and faces up to 35 years in prison if convicted on all charges. Her trial is scheduled to begin on July 12, 2021.