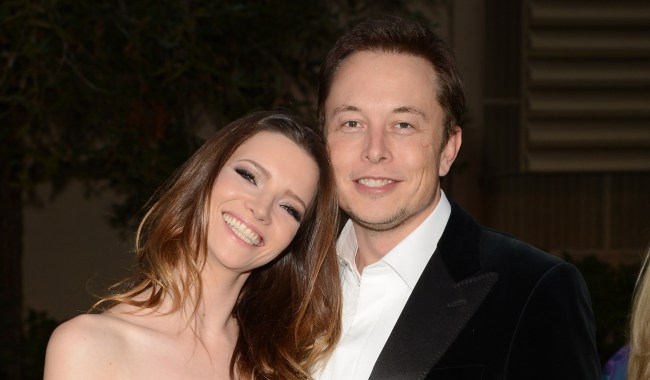 Tesla and SpaceX founder Elon Musk has had himself quite a past couple of months.

He had a kid with his partner Grimes and named him something so bizarre that even she can’t explain properly.

And now, his ex-wife, actress and model Talulah Riley, has felt the need to go on record stating that despite rumors, Jeffrey Epstein companion Ghislaine Maxwell did not hand-choose her to be Musk’s child bride back in 2008 when she was 23 and Musk was 36.

Here’s how their love story goes.

Riley and Musk began dating in 2008. Then in 2010 the couple got married. In January 2012, Musk announced the marriage was over and they got divorced. In July 2013, Musk and Riley got married for a second time. In December 2014, Musk once again filed for divorce. Then he withdrew his filing. Then she filed for divorce in March 2016. The couple’s second divorce became official in October of 2016.

The actress, now 34, and who many will recognized from her role playing Angela on Westworld, apparently heard some rumors following Maxwell’s arrest that Epstein’s cohort procured her to be Musk’s child bride back in the day.

Riley wrote on Twitter, “I don’t usually comment on such things, but given the truly horrific nature of what is being implied up and down my timeline today, I wanted to respond publicly with @elonmusk’s permission. However, I speak only for myself.”

She also attached a longer message of denial to the tweet which read, “To my knowledge, I have never met Ghislaine Maxwell. A photo of Elon and Maxwell is doing the rounds, taken at a party where I was also present. It is possible I was briefly introduced to her, but not in any way that I can remember. Elon and I met thousands of people over the course of our relationship. There will be countless photos of Elon with people he doesn’t know/happened to be stood next to at a party.”

“Elon and I went to Epstein’s house in NYC once as part of an itinerary of appointments. I can’t even date it to a year – we used to travel constantly for work and the situation was pretty similar in any city/country: back-to-back meetings, a car with CPO drivers, and often a contact/minder/guide. This trip was no different. There was a man taking us round the city and introducing us to various people.

“The other thing I have seen implied is that Maxwell procured me as some kind of child-bride for Elon,” Riley continued. “Again, I don’t know Maxwell. Elon and I met when I was twenty-two and he was on a business trip to London. It was a chance meeting, engineered by no one.

“I’m distressed by something so truly awful being thrown around this court-of-Twitter. I hope that every victim of Epstein’s finds justice and peace, and that any person involved in harming underage girls is punished to the full extent of the law.”

Musk later chimed in with a tweet of his own which read, “I was at that Vanity Fair party with @TalulahRiley. Don’t know Ghislaine. Real question is why did VF invite her?”

I was at that Vanity Fair party with @TalulahRiley. Don’t know Ghislaine. Real question is why did VF invite her?

Maxwell, 58, was arrested last Thursday on federal sex abuse charges while hiding out on a million-dollar 156 acre property in rural Bradford, New Hampshire.