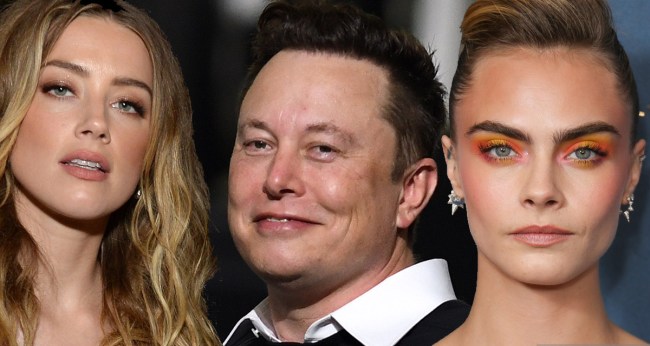 What this has to do with her allegedly defaming him in a Washington Post op-ed she wrote where she chronicled her experience as a victim of domestic violence while not naming Depp specifically.

“Did she ever tell you in words or substance while Amber was still married to Johnny Depp that the three of them, Amber Heard, Elon Musk and Carla Delevingne spent the night together?” Depp’s attorney Benjamin Chew asked Drew, to which he replied, “Yes.”

“Also, I wish to confirm again that Amber and I only started going out about a month after her divorce filing. I don’t think I was ever even in the vicinity of Amber during their marriage!”

Musk continued to Page Six — referring to Depp’s dogged legal pursuit of Heard following their 2017 divorce, “Regarding this lawsuit, I would recommend that everyone involved bury the hatchet and move on.

“Life is too short for such extended negativity. Nobody is going to say, after it’s all over, that they wished the court battle had lasted longer!”

Delevingne may be forced to confirm Musk’s claim as a source in the lawsuit told the Daily Mail, “Cara could also be compelled to give evidence — by either party. It’s definitely a possibility. Almost anything can happen in this case.”

Oh, and James Franco is also somehow involved as well.

Reminder: it was just 475 days from the day of their wedding to the day Heard filed for divorce from Depp. And yet, here we are over four years later.